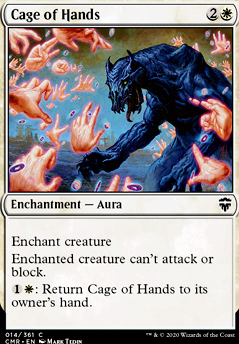 : Return Cage of Hands to its owner's hand. 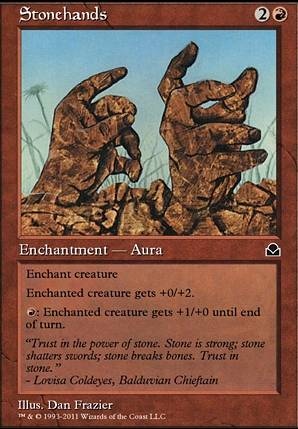 Blink and it's gone
by Rodnilax

Sram, the Enchantress
by oeliberti

Yeah, while an Equipment doesn't fall off if the creature changes controllers, they took control of the creature, not the Equipment. It'll only stay on that creature until you move it somewhere. For the same reason, if the Equipment were Shadowspear or some other Equipment that had activated abilities of its own, your opponent wouldn't be able to use any of them because they don't control the Equipment. They only get to use abilities your Equipment grants to the equipped creature.

In a similar way, an Aura like Cage of Hands is on your side and you can activate its return ability (your opponent can't) even though you'll typically be attaching it to one of their creatures.

Polaris on Vampirism on an opponent's creature

Also compare Cage of Hands , which uses this rule to let you pick it back up and recast it to lock down a different creature, Inevitable End , which gets around this by giving the ability to the creature (making your opponent the controller of the effect that's making them sacrifice things), and Captive Audience , which shows how an enchantment would have the caster not be the controller.

Considering using more adaptive removal such as Cage of Hands. Such cards can also function as mana outlets as I might have too much mana late game.

Considering using creature cards to fetch lands, such as Farhaven Elf instead of spells such as Sylvan Scrying. This is because I need the creatures for my buffs, and although they are more expensive to cast, I don't mind the deck being a bit slower.