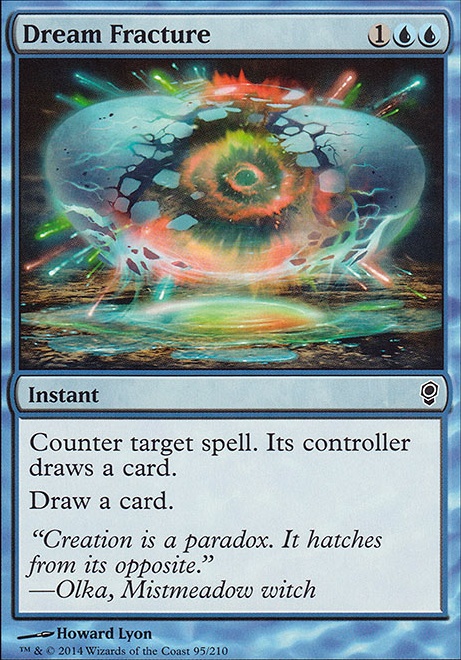 Emry, One Shot, All Kill
by TheMostInterestingEldrazi 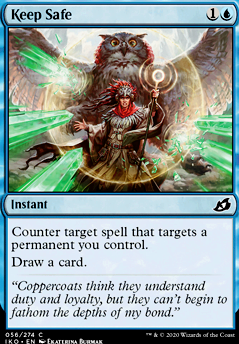 Interesting deck!!!
I agree you need more win cons, all i see right now is quietus spike. If you want a budget tutor for quietus spike then Drift of Phantasms will work for you. Lots of artifact tutors in blue too if you want.
Mask of Memory seems playable here too.
Ideas unbound is a cool card. If you ran Teferi's Ageless Insight then i would keep it in. Otherwise i would lean towards Impulse .
Cloud of Faeries seems playable here, as does Coastal Piracy or Reconnaissance Mission .
Looking at your mana base, High Tide seems playable. I might run Temple of the False God or Rogue's Passage , or even War Room if you are interested in some nonbasic lands. And Mystic Sanctuary is sweet, i would add that. Also, add Sol Ring !
Lots of alternatives for cancel, i would run a cmc2 card from your maybeboard. But if you want to stick with cmc3 counterspells, i like Void Shatter , Dissipate , and Dream Fracture .
Anyway those are just some thoughts, cheers and have fun!!!

I love my Xyris, the Writhing Storm.. One of my favorite decks right now.

I put Altar of the Brood in for fun, and its surprisingly good.. I managed to mill the entire table.

Standstill is also very nice if played at the end of your turn, you get to draw three along with any other opponents.

I also went heavy counter spells in my version, Arcane Denial and Dream Fracture are both good options.

Pauper Artifacts or How to Combo 26 Different Ways

I'm guessing because something isn't flagged correctly. Most likely a glitch. I'm having the same issue with some of my decks. For instance Dream Fracture was printed as common in Conspiracy but for some reason Tapped Out doesn't see it as printed as common rarity and flags some of my decks as illegal due to it. I think it's because I have the uncommon version listed in my deck list. Because that's the physical copy I own in the deck. So maybe it sees it as uncommon and illegal. Your guess is as good as mine.