When CARDNAME enters the battlefield, discard your hand, then draw three cards.

CARDNAME escapes with a +1/+1 counter on CARDNAME. 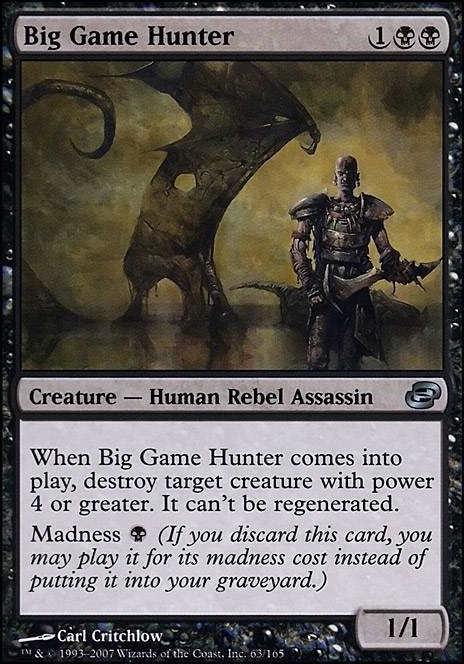 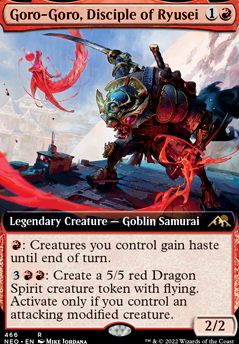 Good idea! I'll buy a copy of Entomb someday. A lot of the seemingly valuable cards in this build serve multiple purposes for my EDH and modern decks. Entomb is just a little outside of my comfort zone on spending, but I'll pick it up if there's a price drop. Thanks for commenting!

Buried Alive might not be as effective as you might expect because the only creatures I want in the yard are Kroxa, Titan of Death's Hunger and Ox of Agonas

I like your idea of Hellkite Tyrant so I've made a swap for him, getting rid of Vandalblast while simultaniously moving Ingot Chewer out for Shenanigans . I'll have an opportunity soon enough to test those things out, so I may as well make the change for now. Thanks for that suggestion! :)

I personally am not a fan of the forced discard of your entire hand that Ox of Agonas has. At least, not for just three cards. Wheel of Misfortune is a good enough Wheel of Fortune impersonation that I would still prioritize it over the 'discard hand draw 3 creatures'. Draw 7 is so much more powerful for a deck reliant on burst damage such as this one. And in a roundabout sense, self-milling using Dredge cards is much the same result, so perhaps one of the options between Ox, Ravager, or Reveler is a good subtitiute to replace Stinkweed Imp if you like those effects more.

And as for nuPurphoros, I am not a fan of him here. In a mono-Red deck sure, but there's just too many Black creatures here for him to be consistent with his effect, which is the major thing differentiating him over other Haste enablers. He's very borderline worth the 5 mana as a Haste-granter, and certainly not worth it as an 8 mana Sneak Attack that only works with half your creatures. If you're having trouble with keeping Chainer on board as your primary Haste effect, always keep in mind that you don't have to send him to the Command Zone everytime he's done in. Conserve some of your redundant recursion ( Reanimate , Dread Return ) for him. Or just jam Lightning Greaves and/or Ogre Battledriver somewhere in the deck!

Fling is a cool idea, tho from playtesting this deck Rielle is typically only up to probably about 7 or 8 power on average by the end of the game so it wouldn't be something that could do the job entirely. Also, Ox of Agonas tends to be a very important card for breaking the game in my favor so he gets dibs on the bulk of the graveyard- obviously you want to leave as many instants/sorceries in the yard as possible for Rielle and Magmatic Channeler , but generally speaking those cards and triggers from Ox are more important.

Nothing else off the top of my head, but you know I think I'm gonna build this just to have somewhere to play Ox of Agonas (I pulled 3 at prerelease and have been wanting to use it lol). Also, how has Sin Prodder played? It's a bit of a pet card of mine and I loved playing it in 20-life formats when SOI came out but it always seemed so bad in EDH. Does it actually do okay? Or is it essentially just "upkeep- mill 1 and maybe ping someone"?