When Ox of Agonas enters the battlefield, discard your hand, then draw three cards. 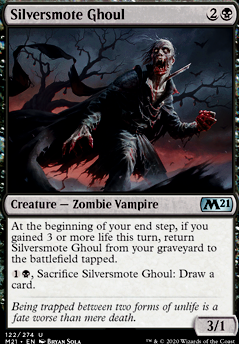 Post-Ban hollow one
by kiy251

Feldon of the Dragon's path
by Lines82

Yidaro, Wandering Monster is nice for long drawn out games that we have difficulty closing. Also, the cycle is nice.

If you donât like Yidaro, Wandering Monster, replace it with 2 Bedlam Reveler, 1 Ox of Agonas, and 1 Hazoret the Fervent. Thatâs what I had before. Itâs experimental.

As far as Path to Exile, it competes against Blood Moon; they donât play well together, and I think Blood Moon is more valuable. Itâs a meta call, and also depends on how the rest of your deck is built. If you run Path to Exile, I would consider Dreadhorde Arcanist to continually abuse it.

What about replacing Bearer of the Heavens by Temur Battle Rage? That inconditional permanent destruction can really mess up a game. I suggest Magus of the Wheel for when your hand is the only one empty, intead of Ox of Agonas, and Vandalblast instead of By Force. I'm sure you are looking forward to put Etali, Primal Storm from C20. Blasphemous Act could clear the board so you can swing with your hasty creatures same turn ;)

Have you thought aboutOx of Agonas?

Have you considered Ox of Agonas or Glint-Horn Buccaneer? I would like to know what you think of them? The build looks great btw, the drake haven is especially cool.