Intimidate (This creature can't be blocked except by artifact creatures and/or creatures that share a color with it.

Other Wolf and Werewolf creatures you control get +1/+1. 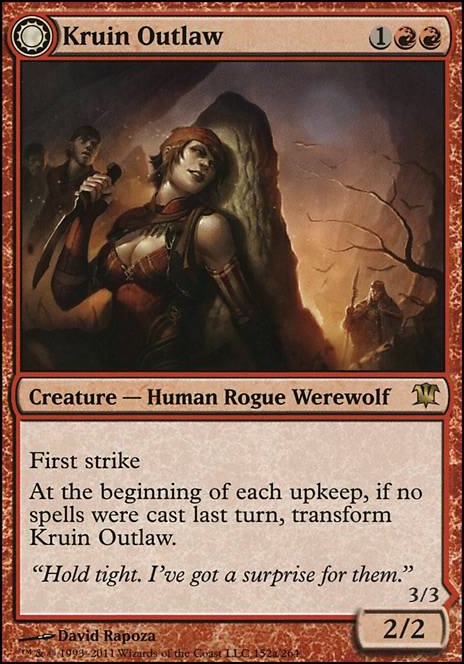 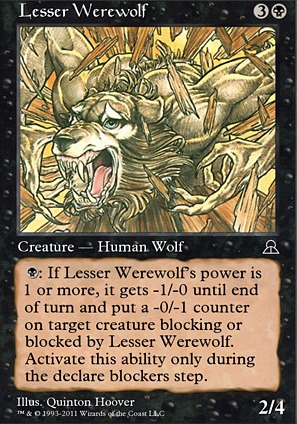 I've always thought, since the influx of werewolves in Innistrad, that Immerwolf was the best thing to happen to werewolves. So, to make werewolves viable (much less competitive) for commander, I think it would be incredibly powerful to give that ability to a commander.

Eminence - If ~ is on the battlefield or in the command zone, you may pay at any time you could cast a sorcery. If you do, transform target Werewolf you control.

Double ninja'd. Sorry, I must not have reloaded the page. Do the challenge above.

Howlpack Alpha will not transform as long as you control Immerwolf.

Hi, I'm very new to Magic: The Gathering. My boyfriend wants me to build a deck by myself. I think I have an idea for a deck, but I'm having trouble understanding one of the interactions. Thanks for the help in advance!

||Immerwolf || has an effect listed as "Non-human werewolves you control can't transform."

Meaning Mayor of Avabruk can transform while I have Immerwolf since he is a human werewolf.

Howlpack Alpha ,the card Mayor of Avabruk transforms, to is listed as "Creature - werewolf"

There were other cards like this, but this card was the first card I could think of. As I thought it would be highly syngerstic with Immerwolf giving a +1/+1 to wolves and werewolves, Howlpack Alpha giving a +1/1 to wolves and werewolves, and it also can create another 2/2 wolf token which would just with Howlpack Alpha and Immerwolf would make the token 4/4.

Basically, my question is if the card doesn't say it is a 'human werewolf' does that mean it is a Non-human werewolf?

dlmglass thanks for the Immerwolf suggestion. I wanted to pass on Immerwolf because of his poor interaction with Huntmaster of the Fells Â Flip but if he dosen't show up Immerwolf is definitely necessary. I can see a version of this deck with Collected Company soon.