The first spell you cast each turn has cascade. (When you cast your first spell, exile cards from the top of your library until you exile a nonland card that costs less. You may cast it without paying its mana cost. Put the exiled cards on the bottom in a random order.)

Maelstrom Nexus occurrence in decks from the last year

"The Sunrider Is At Your Disposal, Captain!"
by fragarach97 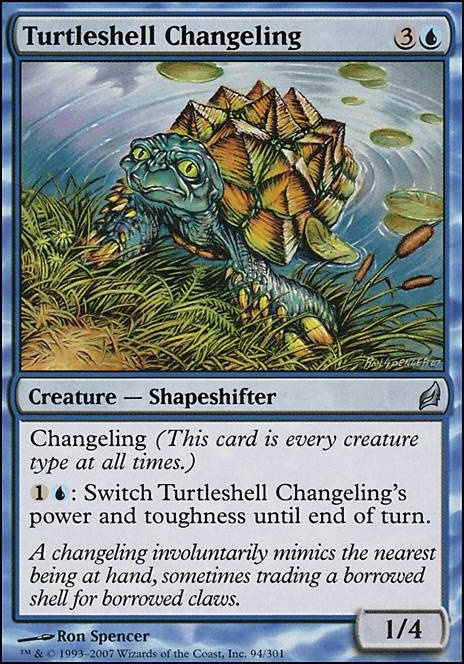 Jodah, Archmage of Legends
by Manglefang

Jodah, King of discounts
by Idhagenow

Sunbird's Invocation , Mind's Dilation , and Maelstrom Nexus , because enchantments stick around for a while, and I like getting spells for free.

What I like about Jodah is that I also have a Jodah deck -- Jodah Has a Few Tricks Up His Sleeve -- that I think is kickass, but using the compare decks feature I see that there's a difference of ~55 cards. It's sweet that he facilitates such a wide variety of decks -- there's no single best way to build it. I run a much lower CMC list, there are some differences simply because I don't have the cards ( Avacyn, Angel of Hope , Elesh Norn, Grand Cenobite , Emrakul, the Promised End , Ulamog, the Ceaseless Hunger ), and I see why you wouldn't want to play Omniscience and Show and Tell .

Anyways, here's a handful of the cards that I run and you don't that I've had good results with:

power level is an ambiguous term in commander. Just try to match the power level of your play group as much as possible

Recently more edh videos on Youtube have emerged regarding The First Sliver , however they have not come very close to a victory. Infact, most games I've watched see the deck being the first to be killed. I don't believe that will happen in the case of this deck, being much faster. The decks on Youtube play much more non-creature spells and low cmc non-slivers which end the cascade chain. I personally enjoy my more sliver-centric, pseudo-power build.

In my opinion, if you want to play The First Sliver you might as well be abusing the cascade ability, otherwise other sliver commanders, such as Sliver Overlord or even Morophon, the Boundless are much better. We're not playing The First Sliver to go slow. I've had wins in my semi-competitive meta with this deck, purely because of the sheer overwhelming nature of the deck.

In saying this, I am currently experimenting with these cards:

Due to the amount of cards I need to move around and test (as you can see above), the next update might be in a while. I want to do a big update soon, providing as accurate information as possible on how these cards do. Hopefully, if you're interested, you can test with me and provide suggestions!

Recently, after watching MTG Muddstah (great channel btw) I saw them feature The First Sliver. This is the first time I've seen The First Sliver being played on you tube. I personally am not a fan of the deck build or play style they went for, HOWEVER, it did give me some new ideas regarding 2 cards in particular.

I'm writing this at 2:30am in the morning so I hope I'm making sense,

I'm super excited to give these cards a spin. They may provide us the long game boost we really need.

Thanks everyone for the upvotes! The First Sliver isn't terribly popular, but I love sliver tribal and I hope to see more people sharing in my passion for this deck.

Isn't Maelstrom Nexus totally useless? You'll be using sisay's ability 95% of the time when you have that mana available.

Also why Jodah, Archmage Eternal and Fist of Suns when you don't have any expensive spells?

The Little Engine that Charmed

Aceh The goggles will only copy a red instant or sorcery so I don't think I'd be able to get a ton of use out of it since I won't always have red spell to copy with it. Thanks for the suggestion!

alechodgin23 Thanks! I've had a bunch of explosive wins myself; seems your friend enjoys the deck too! Aetherflux Reservoir I've kinda avoided using but I'd include it if I want to bump up my win rate.

Taigam, Ojutai Master was in the deck before and didn't do too much. But the uncounterable ability on him is pretty useful if more counterspells start popping up in my meta.

I've had my eye on Maelstrom Nexus or a while but haven't picked on up yet. I'll probably find a slot for it in my next deck update.