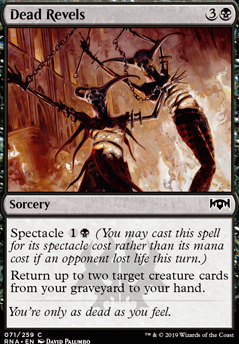 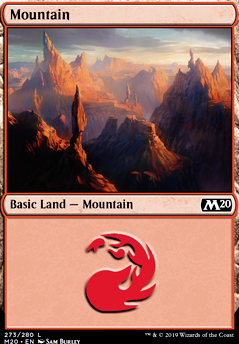 Hi, at first glance the deck looks good but you are missing a few key pieces.

Here's a few weird cards : Omniscience and Sunbird's Invocation - really fun cards but you are not a jodah big mana deck, no reduction of costs and no green to ramp... I should build that :) Mind Rot and Vicious Rumors - not efficient enough and even completely useless in some cases. I would replace those with

if you want to 1v1 : counterspells and big threats like Demanding Dragon Etali, Primal Storm and Niv-Mizzet, Parun

If you want to multi : boardwipes and recurrent threats like Cry of the Carnarium Jaya's Immolating Inferno Nezahal, Primal Tide .

But three colours decks have such a great number of deck building choices that you can get lost in it... It's amazing. I would suggest (most powerful deck I think) grixis spells with a lot of removal to kill later with flipped bolas or combos Primal Amulet  Flip and explosion//expansion

Nice deck, but I would switch Dead Revels for Find / Finality . You should have the 2 needed black mana, when you actually play such a card... so why depend on spectacle?

First of all, thank's a lot to both of you for your comments, and I'm sorry to have taken so long to reply.

For the free sac outlets bit, it is true that there's not very many, but I don't think there's very many in Standard in general. Ideally I would include one or two more. Also, there's not very many Blood Artist effects. There's Poison-Tip Archer , but that's adding another color, and I'm not sure that's the best.

Also, I did consider Hero of Precinct One over Hunted Witness , but the thing is the Witness is a one-drop, and you can sac it the very next turn usually. With the hero, I would have to play something else, to sac the token (which does not trigger Judith, the Scourge Diva ). I mean, potentially, the Hero creates a ton of value, because there's a lot of multicolor creatures. But it's slower, which might be the direction to go, depending on the meta. Can't say at the moment. But I definitely keep it in mind.

Finally, Dead Revels totally is strictly worse than Find / Finality , I just forgot the card existed ^^' Thank you for that suggesting it!

Thanks a lot to you both for commenting on the list, and thanks a bunch for the suggestions! I really appreciate it! :D

nawt I think Clear the Stage needs too much mana to cast and I don't have enought 4+ Power creatures in the Deck to make use of it. Dead Revels on the other hand is pretty neat if you face someone who kills your creatures a lot and with the spectacle cost of only 2 it is pretty decent. Im going to sideboard it for now for further testing but I am pretty sure it has a place in the Deck ^^

how do people feel about Dead Revels and Clear the Stage for this?

So I did three pre-release events this weekened going Rakdos, Simic, Rakdos. I took 9th out of 38 in the first event. I would say my Rakdos card pool was above average with a decent amount of spectacle cards, but only a few enablers. I was basically saved by how powerful Judith, the Scourge Diva and Ill-Gotten Inheritance are. I found Spectacle to be quite strong and can lead to some pretty crazy play sequences (usually starting off with Dead Revels post combat).

On a more funny note. By the end of the night, everyone hated Orzhov simply because we had something like 8-11 ties occur as the Orzhov decks would just stall until time was called. Piloting and deck building choices were likely more to blame than the guild itself, but Orzhov was always involved. Also, I think I saw 5 immediate scoops to a T3 Rhythm of the Wild (including myself once when I was stuck on lands). That card is way too strong at uncommon for how little enchantment removal is in this set.

The other two pre-releases were train-wrecks. My Simic pool had a total of 3 adapt creatures and 3 of my packs in my second Rakdos pool had 1 or less red or black cards in them. I didn't even pull many payables in the other colors so both times I was forced into some 3 color conglomerate that struggled mightily against synergistic decks.

I did notice a lot of people running into issues with not getting enough cards in their pools that had their guild's mechanic. Probably just a weird coincidence, but it seemed like a much bigger issue this time around than in GRN. Either way though, I am excited to try out draft where you can actually get a critical mass of synergistic cards.

Isnât Find / Finality strictly better than Dead Revels ? Iâm just not a fan of using draft commons because there is always something better. I also use Midnight Reaper as a draw engine and it works well to keep the deck going

I thought of including Vindictive Vampire , but the thing is what to cut for it. Most, or actually all of the sacrifice outlets deal damage or cause to loose life. The main synergy is to sacrifice Hunted Witness or Footlight Fiend to the Priest, get them back with the Dead Revels (for free, because the Priest gives you mana)... That's why I don't like cutting Revival // Revenge or the Dead Revels, they enable so much synergy.

On the other hand, I do think that Seraph of the Scales is much better than the Vampire. I would have to test for it, but I would swear that the Angel can dead much more damage than the Vampire, despite all the drain Triggers, during the game.

But thanks for the suggestion! As I said, I did consider it for this deck. And you might be right, it might be a better include than some of the cards in here. Thanks for commenting! I really appreciate it! :D