Storm Fleet Sprinter occurrence in decks from the last year 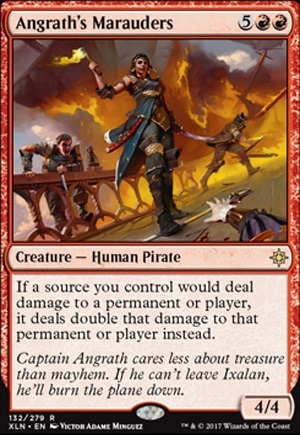 Treasures of Ixalan
by tamara-rama

4x Curious Obsession is a must in a deck like this. also i'd ad 2x Chart a Course i would remove all Departed Deckhand , all Storm Fleet Sprinter and tetsuko too. 8 unblockable creatures could be enough (maybe u can go with 10). u will need some walls too (from 4 to 6), and some negate - spell pierce, check my monoU modern deck, it works really fine, you can do something similar in standard too.

I would mainboard the Lightning Bolt and cut the Storm Fleet Sprinter . Other replacements could be:

Opt or Serum Visions for Foresee and Mystic Speculation

Fatal Push for Cast Down

Other Pirates i would add would definetly be Captain Lannery Storm or Dire Fleet Captain Adding Aether Vial could maybe help too.