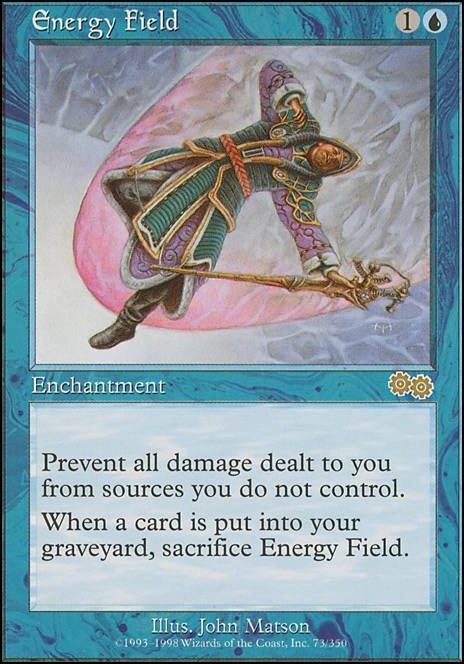 Prevent all damage that would be dealt to you by sources you don't control.

When a card is put into your graveyard, sacrifice Energy Field.

Screw It All
by DooderBuddy

I love this! It's very similar to the only Commander deck I've ever built, which was a lot of fun to play (for me, if not for my opponents). A couple of possible inclusions are Energy Field and Back to Basics to help buy time. And Polymorph and Chaos Warp are solid, chaotic removal if you find yourself in need of that.

Not sure if you want a wipe, but Slaughter the Strong is pretty synergistic with Zur, as would Retribution of the Meek, especially if you don't use Voltron.

Rest in Peace and Web of Inertia as well as Energy Field are pretty good protection, while Rest in Peace is just a great card for Zur to have in the toolbox IMHO, many players are big on graveyard stuff, Zur's fetch means you don't have to be as dependent.

If your meta has big scary creatures that take over the game by themselves, Dance of Many is pretty funny.

Also, Energy Field seems so much better with Rest in Peace

Icbrgr I appreciate the comment! I like the idea of using fog effects to buy the time needed to get all the filibuster counters, very flavourful! Do you have a link to the deck?

Game_of_Cones Energy Field would be great with Azor's Elocutors! Definitely a good call. I like the look of your sliver deck. I can't imagine anyone would see the filibuster win coming!

Energy Field??? I have it for the Elocutors in my sliver EDH deck (Taste the Rainbow)â¦â¦ seems like a very helpful addition for this

Glen Elendra Archmage is a very useful card if you're running Solemnity, which prevents it from getting a Persist counter, so it's just a lot of cheap countermagic.

Rest in Peace + Web of Inertia can stop people from attacking you, relevant vs stuff like Eldrazi mostly, not sure if you face them much. There is also Energy Field which can prevent damage too with RiP.

Greater Auramancy is pricey but can be useful, works nicely with a Grasp of Fate to give Zur access to a reasonably safe mini-wipe, or to make your Protection enchantments secure. I find Luminarch Ascension pretty funny in Zur with protection included, you can generate a pretty big army with that, and you don't need to draw into anything to do it. 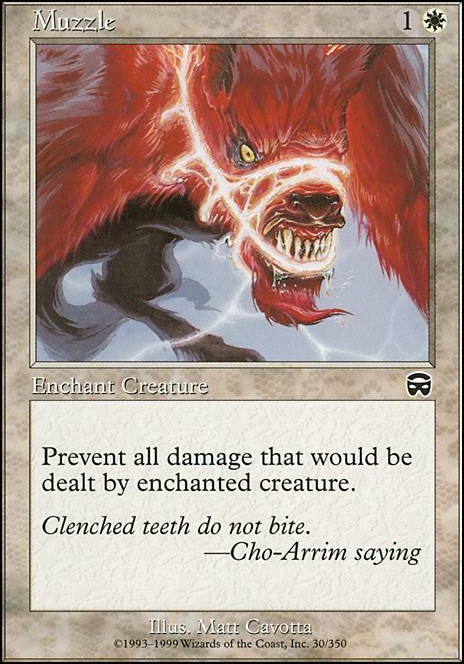 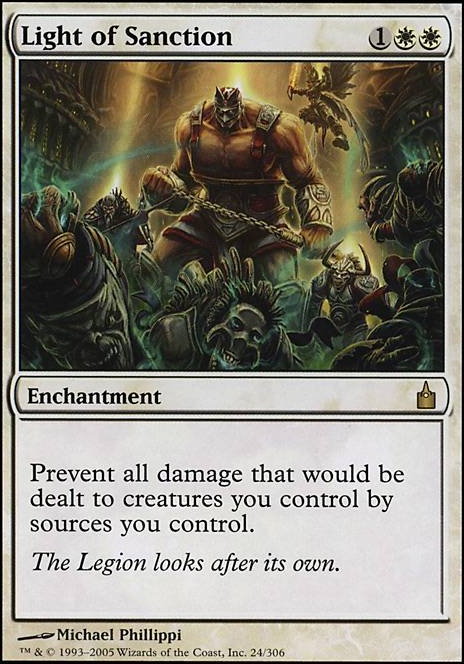 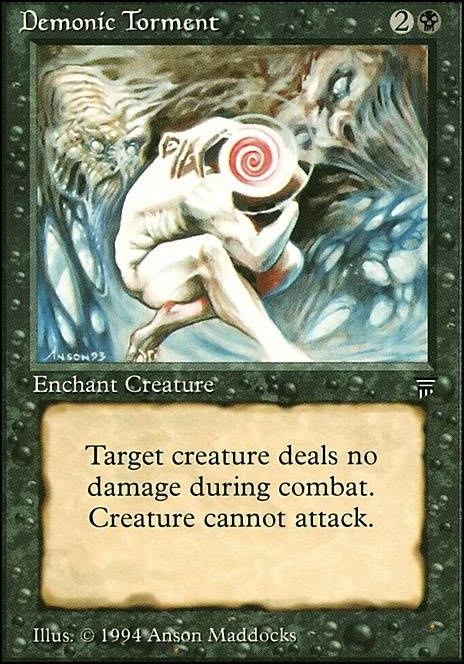 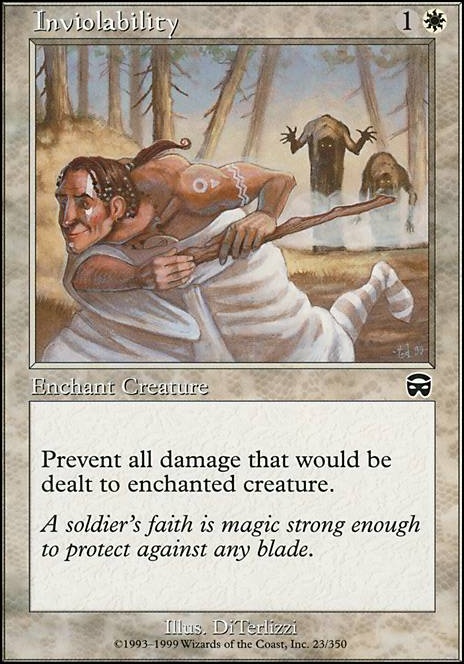 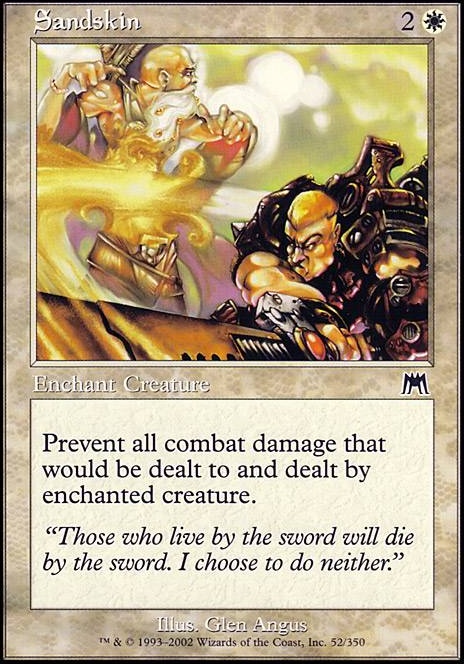 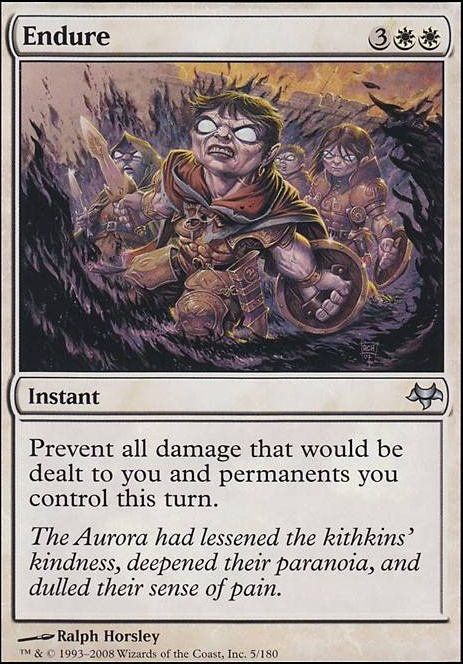 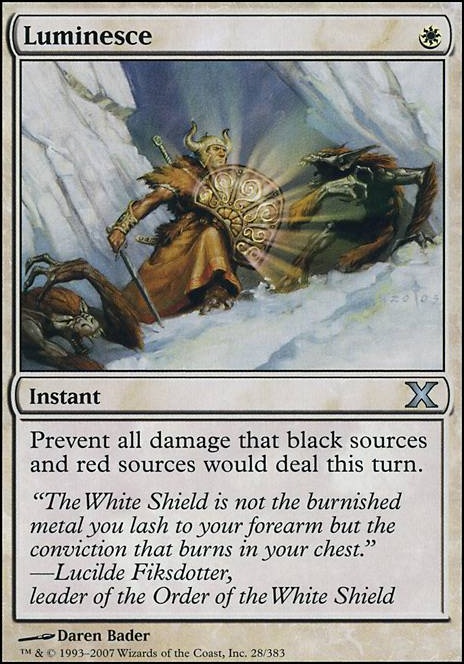 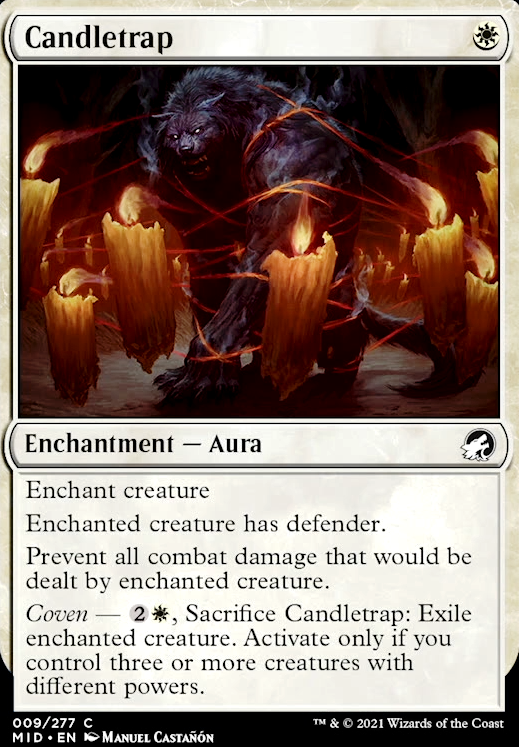 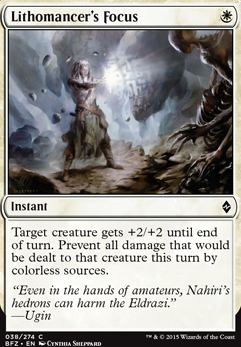