You may play equip abilities any time you could play an instant. 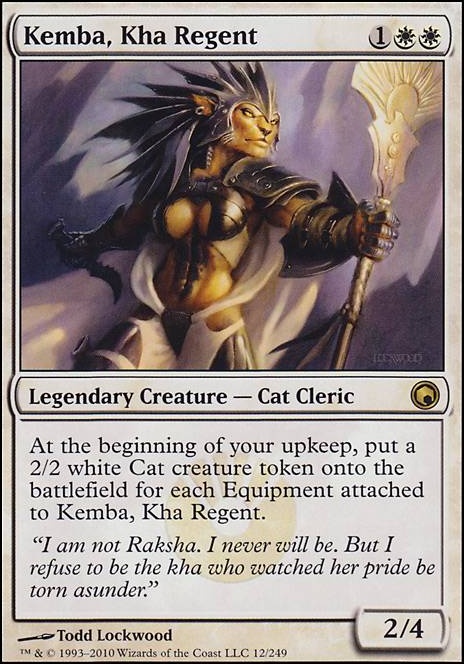 Just an odd thought, but Kazuul's Toll Collector could ininite-pump something like Crackdown Construct. I have used this combo in a deck with Shuko to activate equip infinite times, but Toll Collector would totally work too. Extra good with Leonin Shikari which can also make Lightning Greaves or Swiftfoot Boots into instant speed protection for your whole board.

I like the deck : ) I'm just throwing out some ideas I've had fun with in equip decks, but yeah, they are so awesome to play. Nice one!

Short answer: Yes it will trigger and you can return an artifact creature that is destroyed simultaneously with Vandalblast by paying the

Long answer: Equipment can only be equipped at sorcery speed so you would need a card like Leonin Shikari.

Assuming Leonin Shikari is in play you could equip in response but regardless Nim Deathmantleâs triggered ability is independent of whether the dying creature is equipped or not.

So assuming you have five artifact creatures in play at the time of Vandalblast you may pay the for each creature or however many you wish to or can afford to return to the battlefield.

This is the same as other death triggers like Midnight Reaper where you will still get all your triggers from a boardwipe.

Avacyn's Memorial is a bit expensive to cast, but it protects your key pieces. Darksteel Forge works as a duplicate effect but is slightly more expensive. One less mana intensive card is Leonin Abunas, which is only half the cost of the memorial, but only offers hexproof instead of indestructible. Sram can be protected with cards that give hexproof or protection to the color he's being targeted by with cards like Beaming Defiance and Gods Willing. Something I noticed with Leonin Shikari is that it pairs really well with Lightning Greaves, as you can respond to a kill spell with the equip trigger at instant speed, which will fizzle the spell. Admittedly, these can be a little hard to pull off in a game, but when it happens it's very satisfying. As for things to take out for these cards, Zephyr Boots is nice because it's cheap, but it's effect is outclassed by the other 1 drop equips in the deck. Another card to remove would be Balan, Wandering Knight, mainly because it's hard to focus on two voltron targets. As for some other card swaps, I'm not too sure. There's already a lot of cards that work well with Sram in the deck and it's a bit hard to decide what else should be removed.

EyelessStarfish Thanks for the feedback, glad you like the list! Aside from many of the swords that are especially expensive upgrades Bloodforged Battle-Axe and Commander's Plate are definitely on my priority list. Leonin Shikari and Halvar, God of Battle Â Flip are also great cards. I just havenât found myself ordering cards for a while.

Iâd say the deck performs pretty well but my meta is varied, most of the time I manage to kill one player by turn 4or5 ish; sometimes even earlier. But more often than not I end up losing control of the game afterwards losing Sram or my key voltron pieces. Any advice on specific response/protection cards to finish off the last two players?

I really like this as a budget list, it plays very nice with the 0-drop equipments you already have. I think that if you were to add some of the more expensive options for the deck, Bonesplitter could be replaced by Bloodforged Battle-Axe. Commander's Plate is a very nice (but kind of expensive) inclusion, but I'm not sure what you'd replace it with. As far as creatures go, Leonin Shikari is a great addition because of equipment like Robe of Stars that allow your commander to evade incoming kill spells. Halvar, God of Battle Â Flip also helps because getting double strike as consistent as possible seems important for the deck. Overall I really like this deck the way it is and it doesn't seem like it needs many of the expensive includes to be a powerful and fun casual deck.

Niko9 Is this deck your workin on already uploaded to this site? I'll have to take a look.

As for Leonin Shikari I have not heard of this card till now so this will work out great in this deck. I should be able to move a card to add this one that will give me a little more synergy. 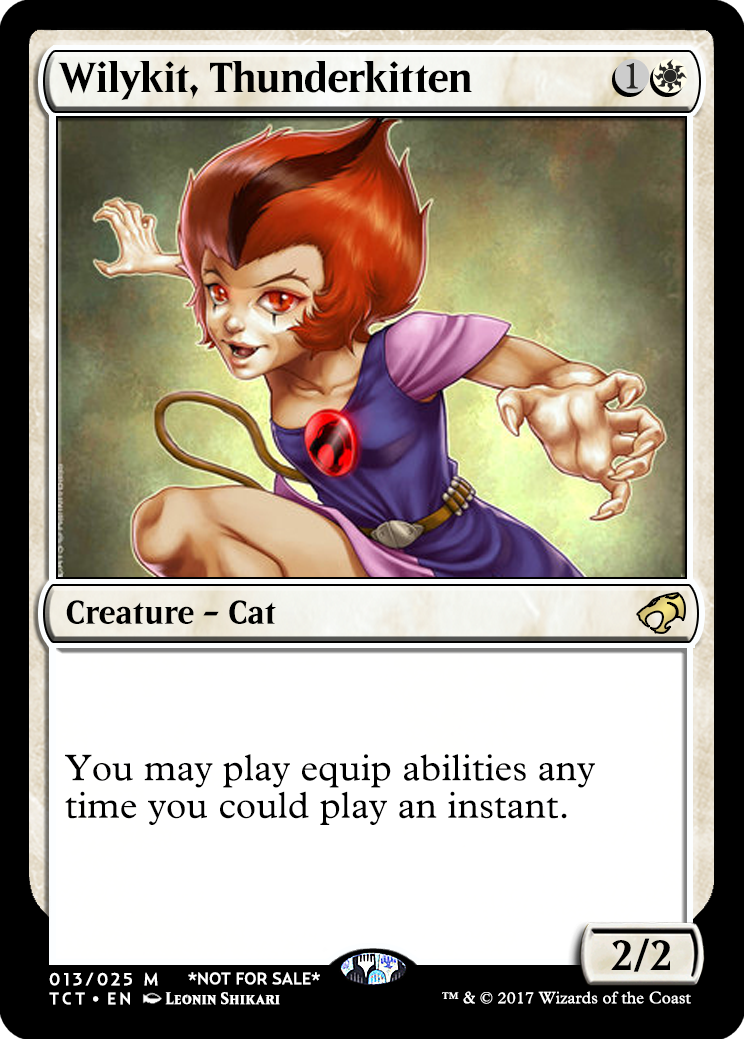 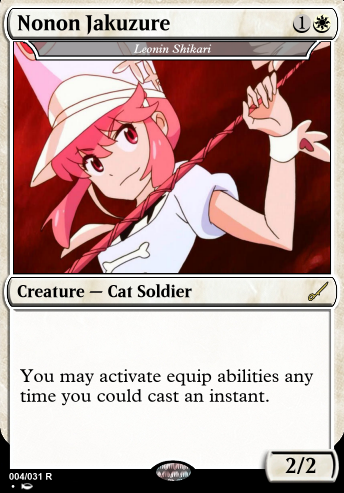 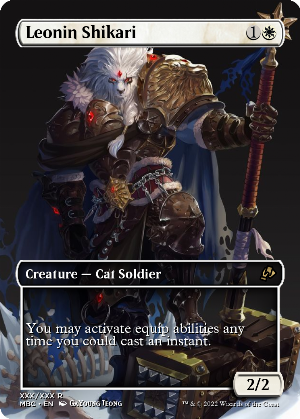