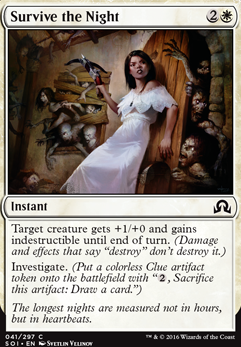 Target creature gets +1/+0 and gains indestructible until end of turn. (Damage and effects that say "destroy" don't destroy it.)

Investigate. (Put a colurless Clue artifact token onto the battlefield with ", Sacrifice this artifact: Draw a card.") 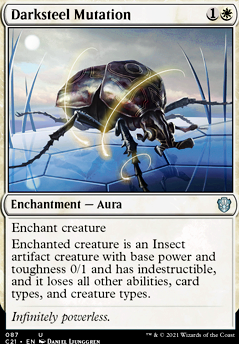 Target the audience
by Flagarach

Your Killian Me Smalls
by Allengray86 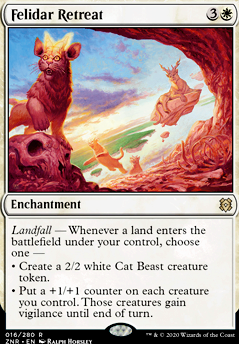 White has a pretty strong hold on indestructible too see recent cards like Make a Stand, Survive the Night, Built to Last and any version of Gideon. I don't recall many indestructible artifacts that aren't made of darksteel.

Maybe what you want from artifacts are things that are niche towards certain archetypes. Like Throne of the God-Pharaoh is good for token/swarm decks, so elves, goblins, most white-green decks. So making it an artifact makes it good for all of them but still fits a niche. Same with some we've seen in Ixalan, things like Vanquisher's Banner that are good for tribal decks of any color, and Primal Amulet  Flip is good for any type of spell slinger build. Maybe that kind of utility is where artifacts should remain, though that doesn't really solve what to do with artifact heavy sets....

I can't help but think you could boost those wincons by having more indestructible. I personally would add , Nahiri's Machinations, Eldrazi Monument, and Odric, Lunarch Marshal other Sutable cards that grant indestructible would be Aegis Angel. Ajani's Presence Archangel Avacyn  Flip Deathless Angel, Make a Stand, Rootborn Defenses, Selfless Spirit, Spirit Bonds, or Survive the Night