As an additional cost to cast Angelic Purge, sacrifice a permanent.

Angelic Purge occurrence in decks from the last year 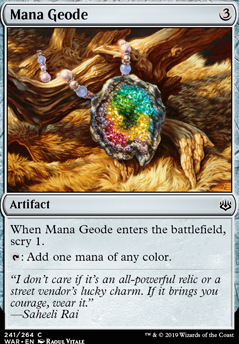 Bankrupt in Blood seems bad to me. Better off with cards like Costly Plunder or Altar's Reap . Both are instant speed and less taxing for a sac outlet.

Can always run stuff like Diabolic Intent and Angelic Purge aswell as strong one time outlets.

If I knew exactly where to make cuts to fit in stuff like Blood Artist , Captain Sisay (Price not withstanding there) or Sigarda, Host of Herons / Shalai, Voice of Plenty I absolutely would, but you're absolutely right about trying to keep on theme. You're going to need a lot of legends to get the most use out of Kethis.

Heroes' Podium is something I forgot about but am now looking to get in somehow -- It's a cheaper Sisay (Money cheap, not mana cheap) with a legendary anthem!

Same with bushido_man96 and Evolution Sage -- I find the best way of using him is with Fertilid to get more counters for ramp, but that's 2 slots not filled by legendaries.

I'm trying to find more ways of using my non-creature legendaries -- the sorcery cycle is easy enough, but stuff like the oaths for the PWs tend to stick around unless someone has it in for them, hence why I've got stuff like Angelic Purge and Bound by Moonsilver in the maybes -- Sac oaths for them and you can reuse the effects.

I really like Angelic Purge as a sac outlet/removal spell.