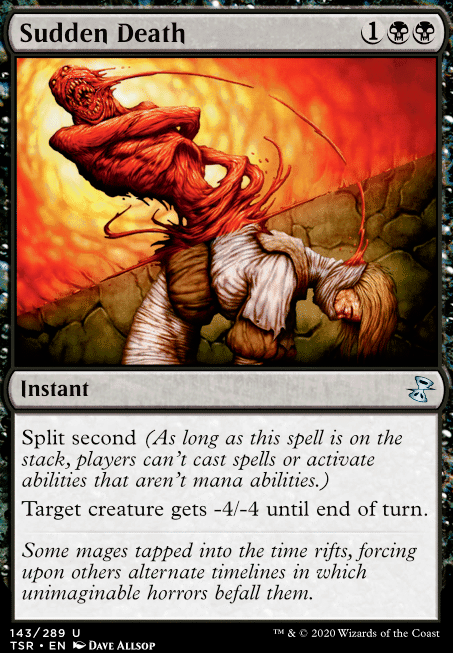 Sudden Death not a bad option. Could replace Grasp of Darkness .

Thanks fellas!!, I'm gona try Solemnity , Phyrexian Revoker , Sorcerous Spyglass and Sudden Death out and see if that helps.