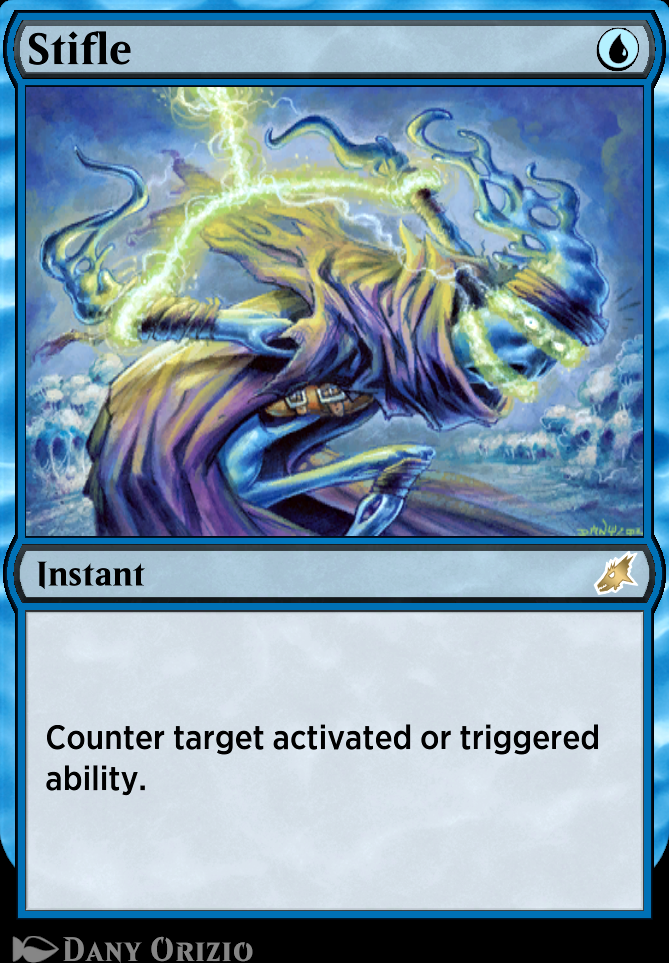 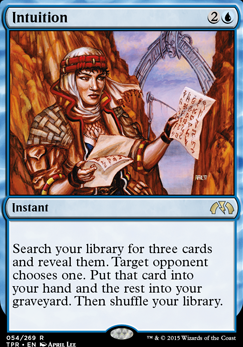 Not Another Zur Deck
by connor_s

Bolas, God of Grixis
by DJent777

Guerric on Does Providence make your STARTING â¦

Yeah, Neotrup and seshiro_of_the_orochi are right. This is like Leyline of Anticipation in that you need to reveal it from your opening hand, which would dictate that happening before you draw a card, then on the first upkeep of the game (whether yours or your opponents) the triggered ability would go on the stack where it could be technically be hit with a Stifle effect if your opponents have it, though likely it being the first upkeep they don't.

Rhadamanthus on Stifle or Trickbind

That works, but it's because Stifle and Trickbind target the ability, itself, not the source of the ability. The ability on the stack is its own separate object.

In your example, when Gaea's Blessing is milled and its last ability triggers, the trigger goes onto the stack and people can make responses before it starts resolving. That's when you can target the ability with Stifle/Trickbind.

Wbg1415 on Stifle or Trickbind

Can Stifle or Trickbind target a card in a graveyard like Gaea's Blessing when it gets milled?

Cons: 1. Dismantling wave is more expensive most of the time.

Dromar39 on Does WotC Care About Keeping â¦

The bottom line, if it makes WotC money then they will most likely print whatever they want. With that said, I agree with smackjack, I don't think Counterspell and Stifle will be a game changer in modern.

smackjack on Does WotC Care About Keeping â¦

I was playing both modern and legacy for about 10 years before stepping down to only play EDH. If i was still playing modern i would have welcomed Counterspell to the format. It was one of those cards i really missed when playing. Sure, i preferred Legacy, i do like high power level, but i don't think Counterspell will warp the format in any way. Stifle is not that good of a card, the best thing Stifle can do is countering a fetchland. So putting that into modern will punish greedy high budget decks which is a good thing for the format?

Some cards from Modern Horizons 2 have been revealed, and, as far as I know, they were revealed by a legitimate source, so I feel comfortable with providing a link to them, here.

I am not happy that WotC is bringing the original Counterspell to modern, since it was always associated with the vintage and legacy formats, and there is even a rumor that Stifle is being reprinted in this set, so that makes me even more displeased about the set.

However, I do like both diamond lion and brainstone, because those cards are nice references to older cards in the game; in particular, the lion shows that WotC is experimenting with ways to circumvent the reserved list, without actually violating it. The fact that brainstone's ability costs 2 mana to activate means that I likely shall not use it; I understand that moving a colored effect to a colorless card means that it needs to be more expensive, but making it literally three times as expensive is simply too much for the card to become widespread, in my mind. If the stone cost only 1 mana to activate (in addition to the 1 mana to cast it), I could have accepted it, but it simply is too expensive, as it is, in my opinion.

Also, I think that is is awesome that WotC is printing an enchantment land, after having declared that it was unlikely that they would ever do so; does this mean that there is now some hope for additional artifact lands, in the future?

Let me now open the discussion to everyone; what are your hopes and speculations for Modern Horizons 2?