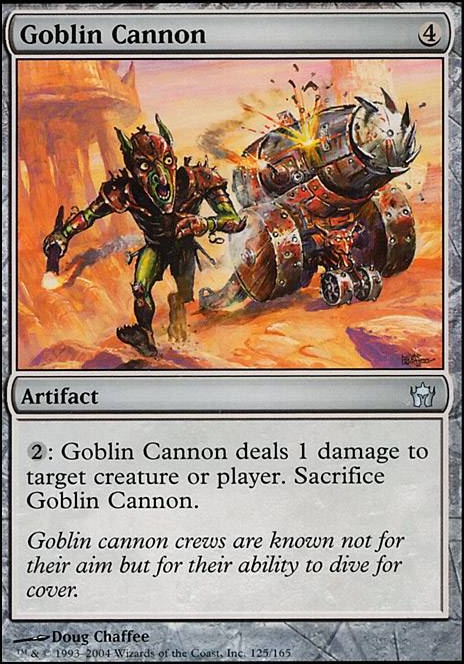 I think the cuts for the Mystic Forge are fine and I agree, Memnarch is hilarious. I don't think Goblin Cannon is nearly as good as Walking Ballista. I think the ballista is a pretty good replacement for Banefire since it is an additional creature for Grand Architect, but I'd keep the one copy of Banefire in the sideboard against control/counters =)

Or Goblin Cannon that is cheaper than Walking Ballista

Thanks! :)) Thats really good suggestion since i was looking for even more ways to spend that infinite mana. I think ill cut Caged Sun in favour of the Goblin Cannon you suggested.

(in most games, by the time i got to play caged sun i didnt really need it anymore)

I love this list! Try Goblin Cannon as another Rocket Launcher, just activate it infinite times in response to itself by holding priority on each trigger!