: Choose a colour. Target opponent exiles the top X cards of their library. For each card of the chosen colour exiled this way, create a 1/1 blue and black Faerie Rogue creature token with flying.

Oona, Queen of the Fae occurrence in decks from the last year 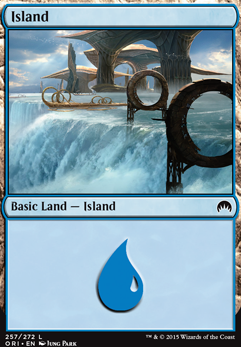 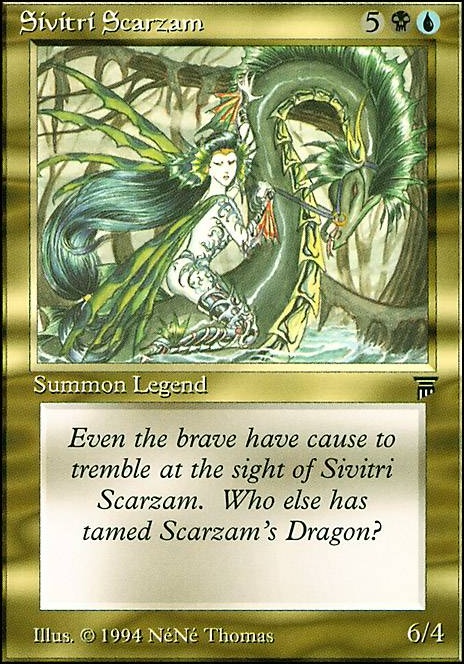 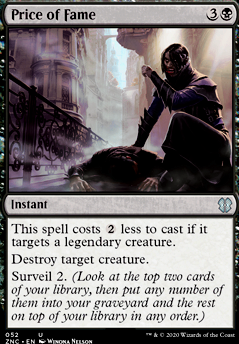 Oona, Queen of the Fae Discussion

... not perfectly efficient, but sufficiently rogue and independently useful :)

Love this deck. I have been working on something similar with Oona, Queen of the Fae at the helm but have been considering changing over to Circu. Couple of suggestions: Sphinx's Tutelage is another mill all of library with Painter's Servant and another good alternate win con / hate piece. Planar Void also looks like it would slide right in this deck as you don't have much graveyard interaction, also still allows Bloodchief Ascension to trigger. Lastly I would recommend the obvious Opposition Agent and Hullbreacher to add on the stax. Again, love the deck.

That's awesome! I'm glad you like it. I can't think of any planeswalker that would really be a good fit for this deck's theme and colors. A Jace or Liliana planeswalker would work, but there aren't any versions of them that work with the deck's aggressive game plan. Tezzeret is great for the colors, but artifacts don't jive well with either Faeries or Rogues. I think the closest you could come to a matching planeswalker is Oona, Queen of the Fae since the deck has a few cards that are supposed to be her soldiers (Oona's Blackguard, Scion of Oona) and her ability has some synergies. She would be somewhat difficult to cast without a couple more lands (and is generally not that good in aggro decks) but she'd add a lot of flavor.

I would first upgrade the deck's mana base. Secluded Glen, Darkslick Shores, Watery Grave, and Polluted Delta are the ideal set of lands for this deck, but once you have a couple sets of dual colored lands you can get away with all basics for the rest of it. I recommend getting 4 Secluded Glen and some mix of Darkslick Shores/Watery Grave to replace Choked Estuary and River of Tears. You don't really need any more fixing beyond that to have a consistent mana base unless you were to buy a set of Mutavault.

Once your lands are good, fill out the playset (all four copies) of Brazen Borrower and get a set of Fatal Push for the main deck. Recently I've been liking the fourth Spellstutter Sprite as well, but that's up to you.

I believe 4 Secluded Glen, 2 Darkslick Shores, 4 Fatal Push, and 2 Brazen Borrower comes out at around $50, so that's what I recommend you start with.

Why isn't Oona, Queen of the Fae in this, she mills and creates rogues