Magus of the Candelabra 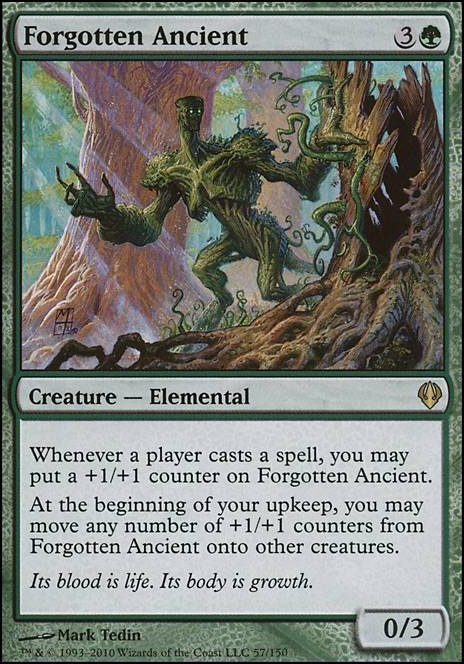 Nokia, The Everlasting
by [email protected]

Surge of the Old Gods
by liquid_water

Magus of the Candelabra Discussion

Whether Vexing Shusher is better than Destiny Spinner or Prowling Serpopard is largely dependent on what cards you need to get past counterspells and how early you expect your opponents to have counters prepared. In a deck with only a single copy of Primal Surge , it was really important for me to stop sorceries from being countered or it'd sort of be game over. I even included Greenwarden of Murasa as a backup plan since the deck really wants to Surge at all costs. Stopping sorcery counters is something only the Shusher can do out of those 3 cards. If, on the other hand, I was mostly concerned with creatures and enchantments being successfully resolved, The Spinner would probably be sufficient while coming with a bonus activated ability. This assumes that you aren't seeing counterspells on turn 2 though. In that case, you'd obviously prefer that the counter-blocker is itself counter-proof.

If you do decide to add Primal Surge , I would try to limit the number of instants and sorceries you have. Having some is totally fine if they're important for the deck, but every additional non-permanent slightly raises the chance that you're spending 10 mana to do nothing on a Surge. Adventure Awaits is definitely the card I'd cut first since it's not even necessary in the world where you're already drawing a lot of cards off of your creatures' abilities. Next, I think I'd scale back the number of enchant land auras. Most decks I've seen running an Arbor Elf package seem to run 4 enchantments at the highest levels of play and about 8 at the casual level. My deck runs 4, but Nykthos, Shrine to Nyx is essentially acting as another 4 for a total of 8. Stacking too many will get you more mana than is necessary and makes it all the more painful if and when your lands get destroyed. Otherwise, it's hard to say what else I'd cut. I don't think that highly of Heroes' Bane when compared to Primordial Hydra here since it requires another card to gift it trample, but even that seems fine for budget. You'll have to let me know how Kiora, Behemoth Beckoner performs if you decide to pick her up. I can see her being a bundled Garruk's Packleader and Kiora's Follower that I could swap Magus of the Candelabra for. I'm always wary of planeswalkers with no + abilities and haven't had the chance to see if she can prove me wrong.

Nice build! Maybe Magus of the Candelabra as an option. Can untap itself since it is a land as well as 2+ mana dorks to go infinite.

I second Rorolith on switching to dorks that can untap enchanted forests. Voyaging Satyr and the casual-only Magus of the Candelabra also work well with Overgrowth effects. Plus, they can also untap Nykthos, Shrine to Nyx. Still, Nykthos would be tougher to use here than in most ramp decks on account of the high instant/sorcery count. For that same reason, Genesis Wave is likely to underperform and probably could be replaced by Green Sun's Zenith if you're just trying to fetch the Avenger.