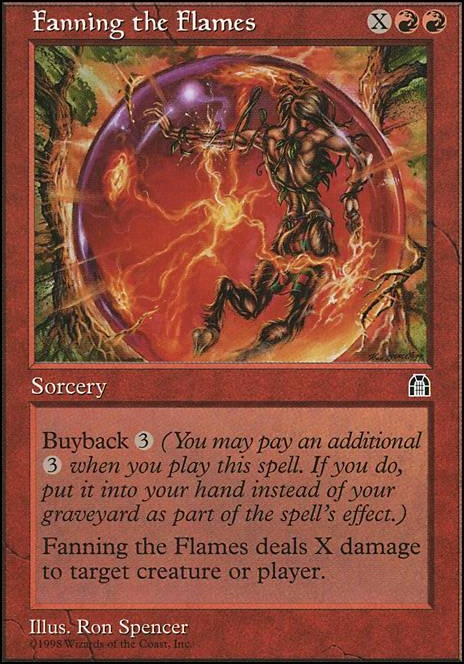 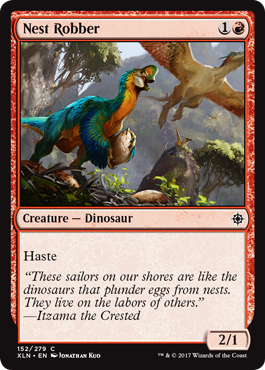 Banefire, Fanning the Flames, Lava Burst, Wurmcalling. I think you need a few more spells that can take advantage of massive amounts of mana.

C) Other. You cannot splice Desperate Ritual onto Fanning the Flames.

What is the interaction between Mizzix of the Izmagnus and Desperate Ritual's splice cost?

Say I have 5 counters on Mizzix of the Izmagnus and I want to cast and buy back Fanning the Flames (2 red, 4 colorless for 1 damage), while casting I use the splice from Desperate Ritual (1 red, 1 colorless) to add 3 red to my mana pool. How does this play out?

B) Mizzix can not pay the colorless for desperate ritual and I end up with a repeatable combo for as long as I can cover the 1 colorless from another source.