Dissolve occurrence in decks from the last year

Poison and Fangs
by encelade 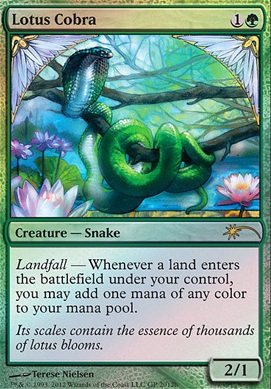 The One True King
by JohnMichaelBushman

I see your case on Transmute, and itâs a strong argument. I wonât say no :)

I mentioned some expensive cards in case youâre looking to upgrade in the future, but they are by no means important right now when Plague Wind works well too.

As far as your Q1 goes, counter spells for less than 3cmc will always be stronger because you can hold less mana in reserve. However, I like Psychic Strike because it doesnât require double of the same mana type, making it easier to cast even if it is more cmc. I do prefer a hard counter all type over, say, Swan Song that only targets specific types, but Negate will do a lot of work even if it canât hit creatures. It has the added benefit of not needing double mana again. I think itâs more of a preference. Having the OG Counterspell though is probably still a good idea. If youâre looking at 3cmc counters, though, always get one with an added effect - Dissolve > Cancel

I cannot believe that there has not yet been a thread made for spoilers for Theros: Beyond Death, so here is such a thread.

Here is the official image gallery, and here is an article about the mechanics.

I am not particularly happy that âdemigodâ is now a creature type; was not âgodâ sufficient? Also, why is only Daxosâs toughness equal to his controllerâs devotion to white? Would he be too powerful if his power increased, as well? I also dislike how his life-gaining ability cares about only creatures that are controlled by his controller; would he have been too powerful if his ability triggered from all creatures, regardless of their controllers?

Why is it that there are creatures that have abilities that trigger when they are targeted by spells, but the heroic mechanic has not actually returned? What was the point of not bringing back the mechanic?

The ability of eidolon of philosophy is very nice, but also very expensive; I understand that it can be used as an instant, but seven mana is still a very high cost for drawing three cards.

Memory drain is too expensive for its effect; I personally feel that it could have cost 1 mana less, since Dissolve is very underpowered, in my mind.

I am displeased that Setessan champion is not an enchantment, herself, since she shall not trigger her own constellation ability. Also, mono-green is not supposed to have card draw that is not related to creatures, so I believe that she should have been green/white.

Why are the escape costs of some of these cards so expensive? Is it because retuning from the dead is supposed to be difficult and rare?

I like The Akroan War, but I noticed that there is no artwork in the text box, which all the sagas from Domianria had; why did WotC change that? Did the artwork make the text difficult to read?

Who is Klothys? Is she the new red/green deity? If so, I will be pleased to see a red/green creature who cares about more than simply brute force and destruction.

The first group of previews were overall very nice, so I shall be awaiting further previews.

love where this deck is going! from the hip Cancel must be replaced with either Dissipate / Dissolve / Disallow ... there are just better options in modern for a 3cmc hardcounter.

Collective Brutality reverses the problem you have with Thoughtseize while also providing disruption. Merfolk Secretkeeper is good in this deck. The full four Breaking/Enterings are probably the right move here. Instead of Cyc Rift , how about Languish or Ritual of Soot ? Dissolve is both worse than Sinister Sabotage and Didn't Say Please . If you're really fixated on the Wight and Abberation plan, go ahead, but a few more sweepers could make this deck into more of a control deck. Right now it's leaning more towards agro-mill. If that's what you want, consider Vantress Gargoyle . Otherwise, I'd throw in a playlet of Fatal Push and ways to refill your hand, such as a playlet of Into the Story , an under appreciated yet powerful card in this deck.