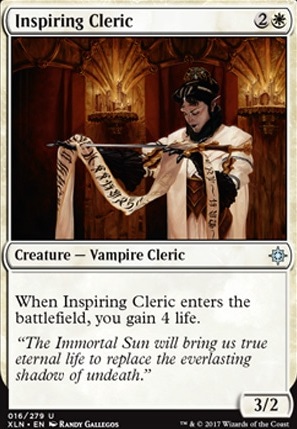 When Inspiring Cleric enters the battlefield, you gain 4 life. 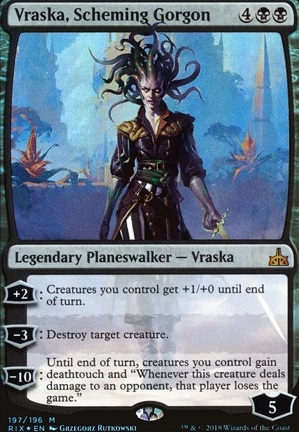 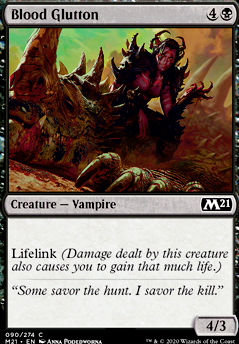 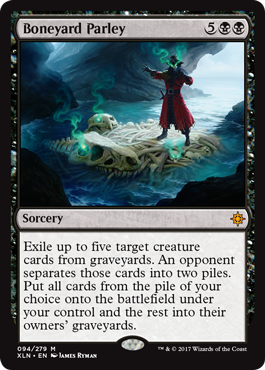 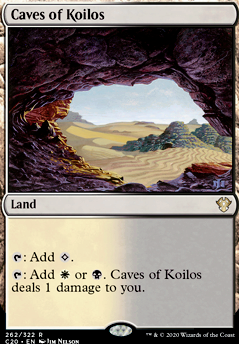 Life of a Vampire

Hi :), I first started with vampires and its a load of fun. not a bad vampire deck to start, although I have a couple suggestions that I hope may be able to help out.

The first suggestion I have is a card called Radiant Destiny which is very useful if your going the full on vampire creature route. 4x Radiants would be very well what you need to help those vampires to become stronger.

My biggest concern is your mana curve, capping at 5 being the most is similar to the opposite of what vampires are kinda meant to be. Quick and deadly.

Maybe try something more like this. Hope it helps out a bit more :)

(based on mana that is)

Thats about all i can think of. I don't think it completely adds up to 60 cards but slightly more but vampires do not need lots of lands because they-re generally fast but around 20-22 lands should work hopefully. 24 is best to if you can find stuff to take out extra.

I hope some of this helps out from an previous vampire player. I wish you the best of luck and hope the matches will play out well :)

Your mana curve is way too high to just have twenty lands for mana, even with The Immortal Sun. Vicious Conquistador, Famished Paladin, Adanto Vanguard, Dusk Legion Zealot and Martyr of Dusk would bring your mana curve way down. Mavren Fein, Dusk Apostle, Bishop of Binding, Vanquisher's Banner and Radiant Destiny should also be considered here.

Instead of Mesa Unicorn or Bishop's Soldier, How about Paladin of Atonement, works well with drawing cards off of Arguel's Blood Fast.

Also I dont know if you need 4 copies of Dire Fleet Ravager, maybe try having Forerunner of the Coalition as a way to tutor him up (when you need him). Chances are with your lifegain in the deck he is going to hit you for more than he hits your opponent... Fraying Omnipotence could be just as good a finisher and you would rebound quicker with Isareth the Awakener. you can then add more ETB creatures like Dusk Legion Zealot, Inspiring Cleric, Bloodhunter Bat

Pride Guardian and Seal Away defend well against aggro decks. Mother of Runes is a great defensive card for your sideboard.

If you want to be a bit more aggressive, replace the Inspiring Clerics and a few Knight of Meadowgrain for some Glory-Bound Initiates and maybe some Knight Exemplars and Consul's Lieutenants.

I think Cathedral Sanctifier and Pride Guardian are usually better than Ghost-Lit Redeemer.

You could run a Luxa River Shrine for some extra lifegain.

Just a few pointers you haf 70 Cards mainbord where you only need 60, so i wil probely cut your lands Down to 24, remove the Ritual of Rejuvenation the Arterial Flow and the Mastermind's Acquisition after the i wil probely move Famished Paladin and Inspiring Cleric to the side bord when you are up vs agro, probely also remove Paladin of the Bloodstained and see if you cant add som Sadistic Skymarcher instead sins you only haf 3 somtimes flyers. And think about getting som removel to clear the way for your Guys early

If you're looking for input, I would consider replacing the Inspiring Clerics with Martyr of Sands, and if you can afford them maybe pick up Serra Ascendants. Sweet deck, +1!

Hi this is Derek.

Okay here's the obvious weak links:Deadeye Harpooner: Fine card, probably would be better as something like Fiend Hunter, though (there's a combo with Ayli).Disciple of the Vault: I think your artifact theme is a lil light.Encampment Keeper: If you want an anthem, you are probably better off with a legit lord or non-creature anthem effect. If you want to go the lord route, you'd probably need to go more tribal. Also there's definitely other 1 CMC monstros that would give you some boost.Master Trinketer: Probably a bit too slow. Fine card, though.Solemn Recruit: Little off the main goals of the deck. Good card, though - maybe also consider Mirran Crusader if you want this kind of lad?Battle at the Bridge: Definitely would need stronger artifact theme for this to be actively good. It's fine, it's just not actively good. One potential option is Profane Command?Chaplain's Blessing: This sort of lifegain tends to be bad. Maybe consider a triggered source? Depending on budget, Sword of War and Peace seems good. Sylvok Lifestaff too. Even Inspiring Cleric from Innistrad (which also gives you a body for Ayli).Shadows of the Past: Seems okay but maybe something a little cheaper for a powerful effect? Spirit Bonds might be sick here.Decomission: I think there's probably better alternatives for artifact/enchantment destruction.

Mother of Runes is sick.Sacrifice outlets have a few obvious combos in Fiend Hunter, Mesmeric Fiend and Tidehollow Sculler.Orzhov Signet is good.Card draw is good. There's not a lot of good card draw in BW. I would suggest Skeletal Scrying or maybe Damnable Pact.Finally, gots to have some way to interact with graveyards (people DEFINITELY use them in the format). Bojuka Bog is the standard. People often rock Tormod's Crypt and Relic of Progenitus too.For mana base, maybe Orzhov Guildgate, Scoured Barrens and Forsaken Sanctuary as well as Caves of Koilos and Orzhov Basilica (a sick combo with Bojuka Bog). More expensive options are Godless Shrine, Isolated Chapel and Shambling Vent.