Call to the Feast 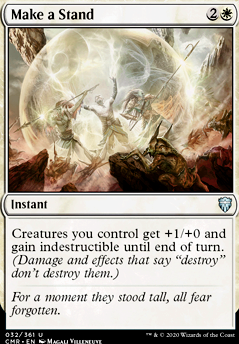 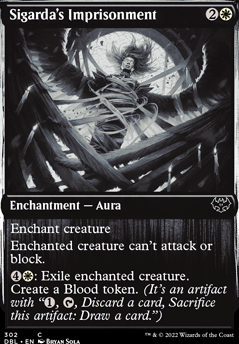 Call to the Feast (2X2) does not register as common.

wallisface I dropped Call to the Feast and replaced it with Altar's Reap so I now only have 2 4-drops.

Call to the Feast can put some vampire butts out who like a good anthem.

darthpaul74 mmm ok. Call to the Feast would generate vampire tokens so would Mavren Fein, Dusk Apostle although he might be a bit slower. That way you can keep from having non-vampire cards while still having backups till getting Elenda, the Dusk Rose if that interests you.

Couldn't get Legion Lieutenant at the card store, but Cruel Celebrant works quite well as a replacement. I also couldn't get all 4 Call to the Feast so I threw one Sorin, Imperious Bloodlord in to fill out the deck to 60 cards. The Celebrants + Sanguine Bond + Sorin make for a really nasty combo that can potentially deal upwards of 18 damage straight to all opponents depending on what other cards are put in play.

For 30 bucks, the deck is pretty solid and good for casual games. I'd take out Walk the Plank however in favor of Anguished Unmaking or some other W/B control/counter instant. It'd make the deck a little bit more capable to react to other big moves opponents attempt to make.

Here are some tips:

2) Similar to #1, increase the number of four-ofs to increase consistency between games. (Generally, singles are for decks with tutors/heavy card draw. Your deck has neither so it relies the most on your starting hand). I'd consider cards like Cruel Celebrant , Blood Artist , Cordial Vampire

3) Cards like Call to the Feast shouldn't be 4-ofs because of the mana cost. 4-ofs should be cards that are great both early game and late game, and are part of your core strategy. Remember that high CMC cost cards don't need as many copies. For example, a 5 mana card can only be cast as early as turn 5 (fair decks). Therefore by then you'd have gone through 7+5 (Starting hand+5 draws) cards in your deck to have found it.

5) Your deck has a sort of "you kill my creatures, I drain you" sort of thing. So drop the protection on creatures ( Emerge Unscathed / Adanto Vanguard ). You already have deterrence.

6) Increase the number of Champion of Dusk . This is because card draw in black/white is very rare and as a 5-mana cost creature, very good to your mana curve. By the time you amass 5 mana you can cast it, hopefully with quite a few vampires on the field. I'd use 3 of them.

6) Drop Ashes of the Abhorrent , it's not good enough. Enchantments/Artifacts here should buff up your creatures or generate creature tokens. (Creature-focused deck)

7) Remove Cliffhaven Vampire . This is because it's a "win-more" card. Here, it requires you to have a certain board state (aka ability to gain life) for it to be useful. As a general rule, higher mana cost investments should be able to turn around a bad situation (board wipe/etc) or require no boardstate when you cast it (aka "good on its own")

8) Remove Kambal, Consul of Allocation . This is because you don't want your strategy to be dependent on your opponent's (unless this is in your sideboard). What if the opponent is playing a creature deck? It'd be pretty useless.

9) Sanguine Bond 's effect is a little redundant here, we already have enough of this effect on the board

10) I'd consider removing Orzhov Basilica because most of the time you're going to need mana on turn two. I'd hate for your lands to be tapped when they come into play. 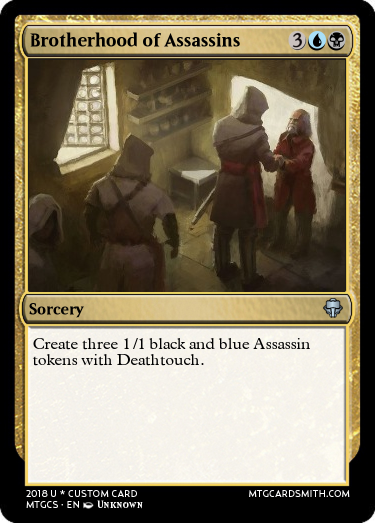