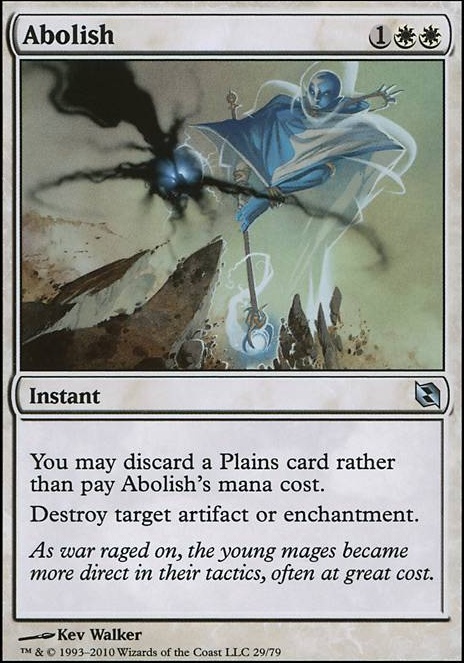 You may discard a Plains card rather than pay Abolish's mana cost. 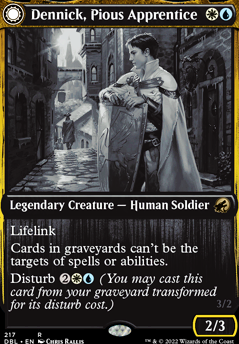 So just to get the facts straight, do I understand correctly that you had in play:

And handed an opponent your Nikya of the Old Ways

And none of your opponents were using either green or red and still broke the lock?

I am trying to go at it from an empty board, which is probably too big of a handicap, but assuming there's stuff in play, Felidar Cub was a sufficient suggestion for that. I understand that if you have Krenko, my Nikya is not going to die in combat from you, but that's where other players could come in to enable the Abolish .

I've brushed up on my rules knowledge about layers, but the reason why that lock seems to work in the end, is not intuitive at all. That's a great one to start with, I guess. Breaking out of it would require any kind of mana, which is seemingly impossible to generate when you can't cast noncreature spells, can't use mana rocks in play, can't access lands, and can't use green or red. Gold Myr and its kin, or Blood Pet already in play can let you cast spells, but no Spirit guides, no Dryad Arbor , no Lotus Cobra , no rituals or fast mana, I haven't found a way to break the lock from scratch after it has been established, at least with Nikya of the Old Ways still under my control. An esper deck would need to deal with this on the stack, have bigger creatures or bigger mana value noncreature permanents in play to win the beatdown, or shuffle up for the next game. Although, one could chumpblock the Mycosynth Lattice (or something else with more than 5 power) with Nikya of the Old Ways in combat, and use Abolish afterwards, assuming combat is the way you'd win the game after locking the table.

Although it's equally tricky to have me overlook a Gorilla Shaman and a flippin' Borborygmos Enraged when I'm trying to Possibility Storm lock the table, to be fair.

You should get some cards that make Kaalia unblockable like Spirit Mantle or Whispersilk Cloak so that she is safer. You don't have many dragons or Planeswalkers, so Sarkhan the Masterless kinda sucks in this deck. Instead of Disenchant or Abolish, you should run Revoke Existence. The other Kaalia, Kaalia, Zenith Seeker goes well with your Kaalia. Terror of the Peaks would be good, Rune-Scarred Demon too, Vilis, Broker of Blood (you need draw), Demonlord Belzenlok (for the same reason), Thundermaw Hellkite gives a free attack basically and so does Master Warcraft, and Akroma's Will is just really strong, and since you seem to want to destroy a lot of artifact and enchantments, Heliod's Intervention would be good for you. There are a ton of good cards, but I guess the agony of this kind of deck is that it is hard to choose which ones to include. I don't know what all else to say, but I hope this helps.

I am of two minds on this deck.

1) I am extremely fond of anyone who utilizes older, lesser-known creatures as a general of their deck.

Either way, I bloody love it!

For actual recommendations, I suppose I should grant a few.

Abolish is a card that people do not anticipate, thence I have gladly included it in some of my multi-coloured White lists. I would try it.

Reverent Mantra is just a splendid card. It nullifies a kill spell out of nowhere, all whilst being hilarious against certain wraths.

Just as a utility land, Hall of Heliod's Generosity is able to retrieve some fallen utility enchantments. Merely looping an Aura of Silence can be quite meritorious.

Lastly, I do not know how effective it would be in this list, but Balancing Act is my favourite wrath effect. Try it, then cut it.

I do hope this is of some aid.

For some older commanders of my own, I have a fair few.

Azeworai, Crackdown actually looks fantastic. Such a great mention. I haven't seen that card before.

Abolish also looks interesting. I've added that to my scratchpad and it's up for consideration.

I had considered Mass Calcify, but figured I'd go with Wrath of God instead. It's really there to help me against early board pressure. I'm still undecided though. It would definitely be to my advantage to play Mass Calcify to preserve my own board, but it is kind of costly. I've actually been thinking about Catastrophe, but not sure if I want another land removal card.

The artifacts you mention are nice, but I can't find room for them :(.

I've made a few changes since you last looked at the list and included Crackdown :)

Alright. I'm not too adroit with mono-white, though I have some fun inclusions.

Abolish is a spell that no one anticipates, and therefrom I have removed problematic permanents whiles tapped-out a great meiny of times.

Given the high curve, perhaps Worn Powerstone would be condign? Thran Dynamo is also lovely.

I see taxation effects, thence I surmise you don't mind being a little mean. Let me introduce you to Crackdown! It locks down boards all whilst leaving your untouched, whereupon it is most splendid.

It may be expensive on cast, but Mass Calcify is leastwise worth mentioning.

And that shall be all. Fare thee well! 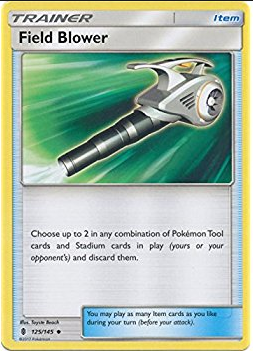