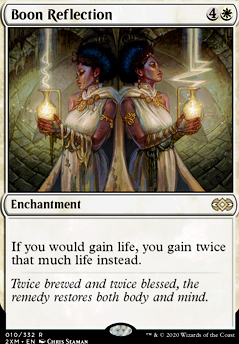 Oloro, He Who Sits in the Command Zone
by LadyDanielle19 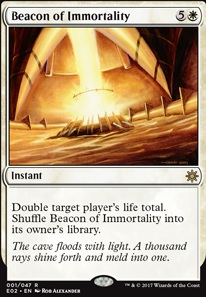 Unicorns are magical
by adventfaith 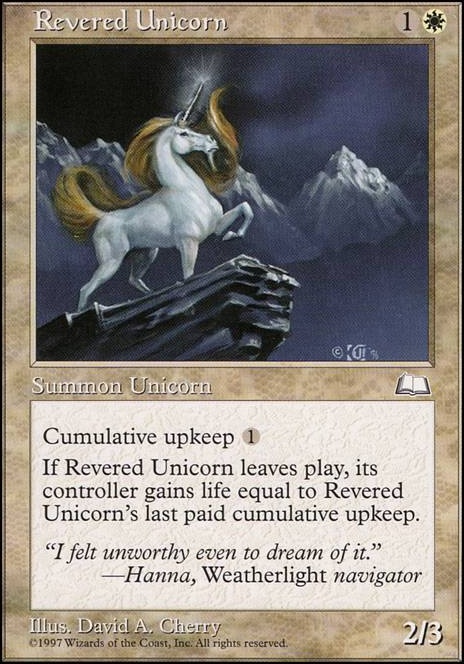 Three colors in this game can gain players life: black, white, and green, and the methods by which they gain players life are different; black gains life either when other players lose life or when creatures die, white has unconditional life gain, but green is less clear about that. It does seem that green can gain life unconditionally, but I feel that greenâs life gain should feel distinct from whiteâs life gain, so that the two colors do not feel too similar to each other.

Other users here have previously stated that there is no significant different between how white and green gain life, but, given that each color draws cards in a different manner, I feel that each color should gain life differently, as well. I previously stated that I feel that greenâs lifegain should be reliant upon creatures, just as is greenâs car drawing, but, if that is not the determining factor, then I feel that greenâs life gain should not be as powerful or as mana-efficient as whiteâs; for example, compare Stream of Life to Heliod's Intervention or how cards such as Celestial Mantle or Boon Reflection can exist in white, but not in green.

What does everyone else say about this? How are green and white different in how they gain life?

Also, as a side note, greenâs card drawing/card advantage used to be reliant upon lands as well as creatures (such as with Nissa, Voice of Zendikar), but WotC decided at one point that green would use only creatures for card advantage, so does anyone know why WotC changed their minds on that subject?

The commander look really cool and its ability to not be targeted until you can one shot with it is pretty sweet. i agree that you sould add a decent number of land, usualy i run 35-37 land in 3colors deck, and a good number of ramp too, sometimes 8-10 piece. Being able to cast your deck is the most crucial. some card i personnaly think are not worth a spot in your deck : Trigon of Infestation, Approach of the Second Sun, Boon Reflection, Celestial Mantle, Fountain of Renewal Soldevi Digger Ghitu Chronicler, Dualcaster Mage, those cards seems to me really inefficient or not in synergie with what your are trying to do with the deck! Hope my comment was instructive:)

Cards I have in Liesa, Shroud of Dusk that you might consider: Blood Reckoning, Boon Reflection, Hissing Miasma, Marchesa's Decree, Righteous Cause, Sanguine Bond, Wound Reflection, and Vito, Thorn of the Dusk Rose.

... with Boon Reflection you would instead gain 20 life. With Wound Reflection the other player would lose an additional 10 life at the end step

Is each player considered to have gained or lost life, in this scenario? Will the abilities of the enchantments work with redistributing the life totals?

Ajani's Welcome isn't needed here in my opinion, if you really want this kind of effect put in Soul's Attendant since it gives you life off of Cleric of Life's Bond. I probably wouldn't add either though.

Boon Reflection way too slow. Definitely cut this. Same with Beacon of Immortality .

Brave the Sands probably not worth it.

Cradle of Vitality . Even worse than Boon Reflection. Costs 4 mana to get it out and then requires a 2 mana investment everytime for not that much payoff.

You need 1 drops. Vampire of the Dire Moon , Knight of the Ebon Legion , Inquisition of Kozilek . 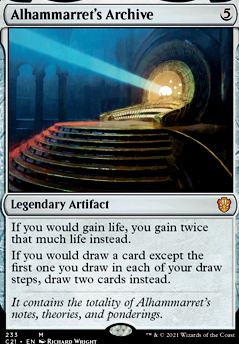 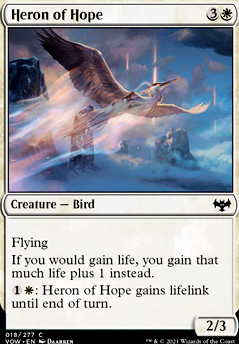 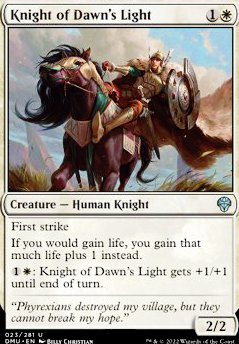 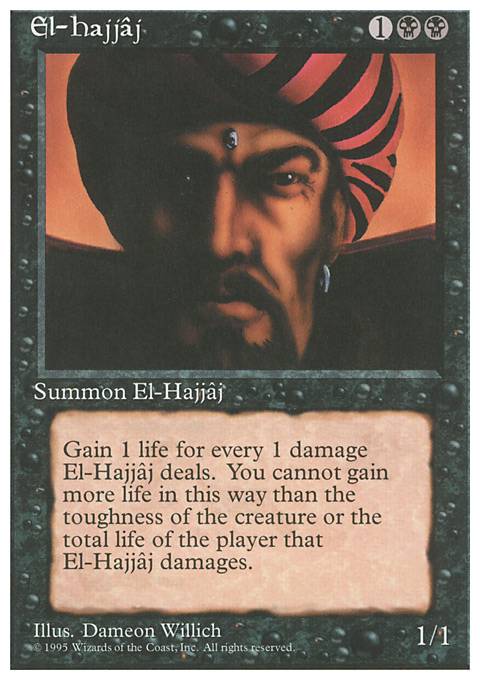 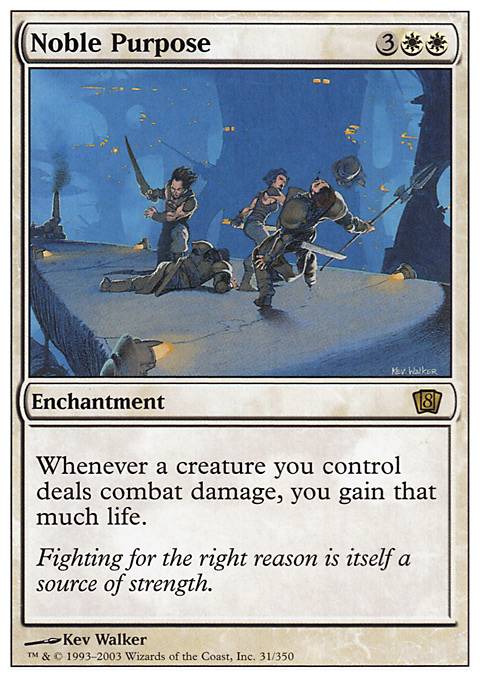 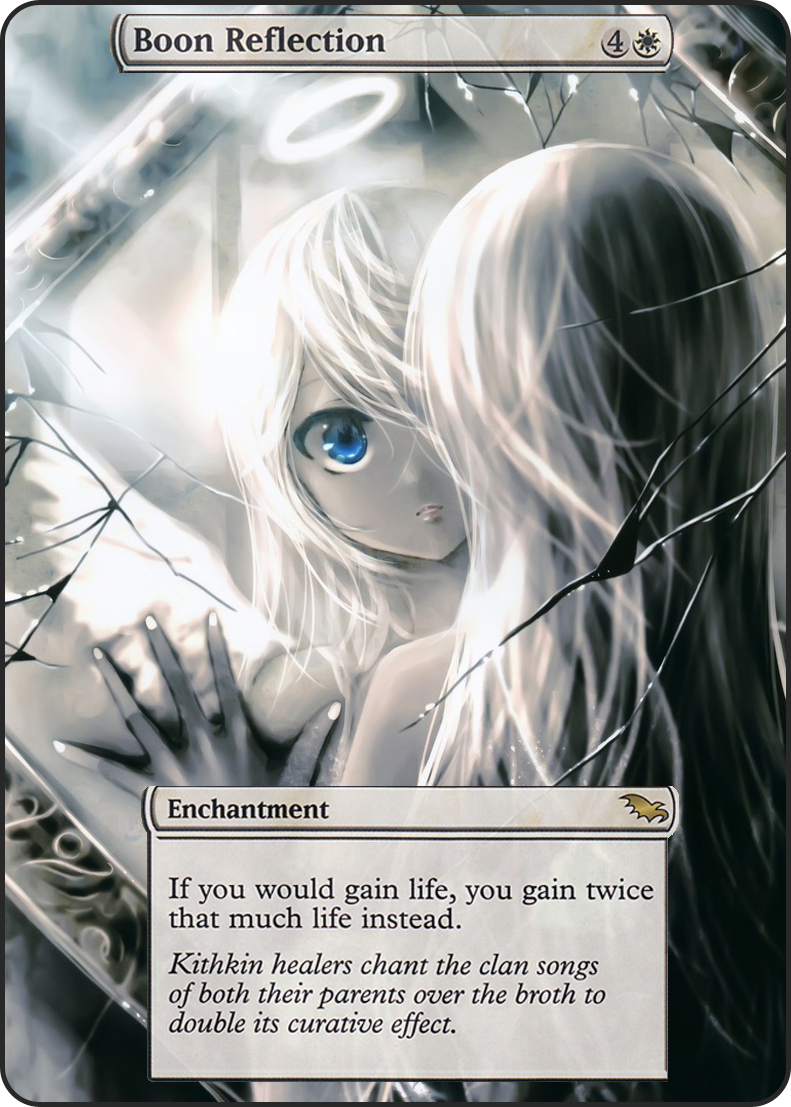