As long as your devotion to white is less than five, Heliod isn't a creature.

Whenever you gain life, put a +1/+1 counter on target creature or enchantment you control.

[[symbol:1]: Another target creature gains lifelink until end of turn.

The Holy Ballista Grind!!
by QuirklessJim

Darien, King of tokens
by Dumannios 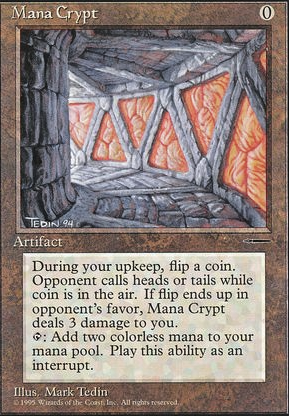 Ok multimedia - work is done, time for some brewin'!

For $25 you can make big upgrades to the manabase.

I added all of those, but unsure what to remove. If I had to swap out 4 other lands:

Walking Ballista with Heliod, Sun-Crowned and Phyrexian Reclamation is a combo with cards that are individually better vs Exquisite Blood

Hmmmm I am on the fence here too. I did have Ballista, and took it to cut some costs, and I see that if Exquisite is out, it has so much value and can trigger so many times in EDH. Do you have some good scenarios outside of those two cards? And what would come out for it if I wanted to keep both eventually? I can see how it can just pop-off and get huge though...

Phyrexian Reclamation can help to keep Karlov out of the Command Zone since you can recur him and cast him from your hand instead of the Zone.

Agreed, I actually didn't know you can opt to let your Commander hit the Graveyard, so I have added Phyrexian Reclamation but not sure what I can remove to fit it in? Gotta remember that Sorin, Vengeful Bloodlord has a similar ability to retrieve from Graveyards too. One other thing I added which I need feedback on is combining Curse of Fool's Wisdom with Geier Reach Sanitarium - If this isn't worth it, it saves 2 card slots. For now I just removed a swamp.

Another expensive price combo option is Necropotence which is a combo with Bolas's Citadel. Necro can exile lands on the top of your library to allow you to keep casting cards with Citadel.

This one of the ones I do see value in, but I feel like it will overly complicate the deck and the mechanic doesn't appeal to me as much. I might bench this as a future upgrade or potential modification for now, and try use it with Krrik's Phyrexian mana ability, Aetherflux and Serra Ascendant.

I would LOVE this! That's the hardest part!

Since TappedOut has its own deckbuilder functionality, you should really be maintaining/asking for help on the TappedOut list, not the archidekt one.

As a general rule, lifegain is not very strong of an effect. And coupled with only a few cards that take advantage of mass lifegain (not for most of them, the effects aren't super strong), you're going to struggle. Especially if you're wanting to play a bunch of creatures.

Generally lifegain lists will want to form some sort of loop with their lifegain effects, like Sanguine Bond + Exquisite Blood, or Heliod, Sun-Crowned + Walking Ballista. But gaining life for the sake of gaining life is not a win condition in itself.

I would recommend leaning into an effect like that more, like looking to make your commander huge and then kill poeple will commander damage.

But if you want to go some sort of beats, Edgar Markov

is going to be a much better list for you.

Itâs Heliod, Sun-Crowned that goes infinite with Walking Ballista not Heliod, God of the Sun. Also Serra Ascendant is the best beater for any Soul Sisters deck, especially with Giver of Runes for protection.

RNR_Gaming on Why White? Design Choices

Jeeze there's so much to read; so there's probably overlap. I think wizards just needs to push more cards like Smothering Tithe and Heliod, Sun-Crowned giving white access to more effects and remaining true to the color pie doesn't mean the design space has to be limited. White isn't always about fair play and balance; I'd like to see more asymmetrical hosers like whenever someone activates an artifact bury it lol