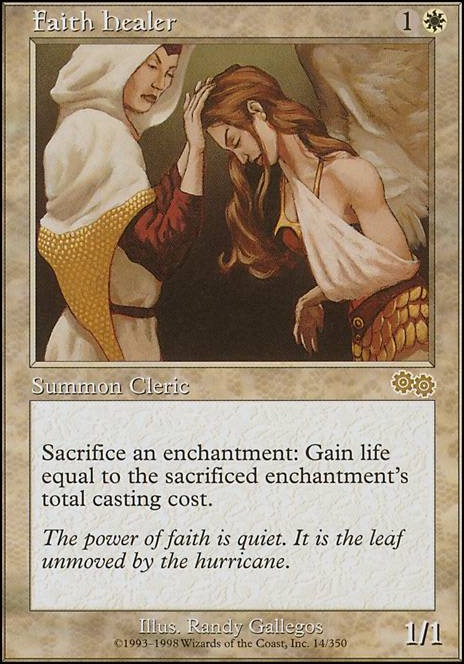 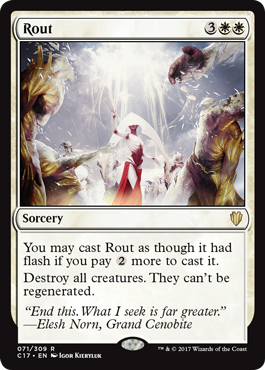 Glass Cage of Emotion
by FlavorPolice

Your Fate is Written in the Stars
by dude1818

oliveoilonyaasscureshemorrhoid on Can I sacrifice MY aura ...

If I put Pacifism on an opponent's creature, can I sacrifice Pacifism with Faith Healer? Thanks, in advance.

I will say I wish your landbase could handle more basics for Earthcraft, enchanting up a Plains and tapping all your enchantments (Opalescence) to get more mana to cast more enchantments and dropping more and more of your deck onto the field is great fun.

I have a W/G enchantress deck that does that thing exactly, and the Parallax Wave + Opalescence goes infinite mana and draw with Eidolon of Blossoms + Earthcraft. Abundance stops you from milling to death (you replace the draws with reveals, so you don't technically draw out.)

Doomwake Giant is the best enchantment board wipe, and it's synergy with Living Plane is godly! I also like how easy it is to tutor up (any enchantment tutor or creature tutor). I think a second option might not hurt, but otherwise you are fine.