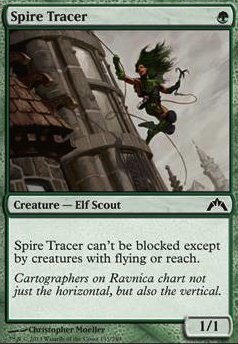 Spire Tracer can't be blocked except by creatures with flying or reach. 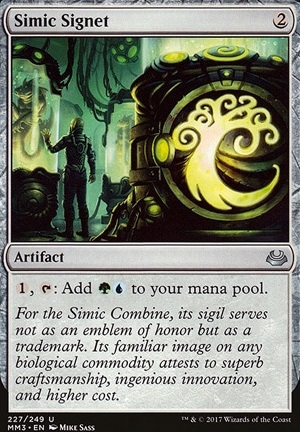 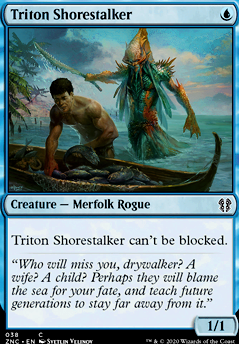 Not to be rude, but this list seems a little short on creatures.

Here is a few suggestions pulled from EDHRec:

I have something similar but with Ledgewalkers. Hexproof would be helpful here. You have seen boggles right?

March of the Elves

I have a friend with a playset of Heritage Druid, might try to trade for them! Thank you for your input, definitely opting for Lead the Stampede from now on. I agree about Spire Tracer and Might of the Masses they tend to be either really effective or useless. The card I'm least impressed with however in terms of impact is Immaculate Magistrate, I could switch it with Sylvan Messenger or Dwynen, Gilt-Leaf Daen?

March of the Elves

In my opinion Spire Tracer, Life's Legacy, and Might of the Masses should all be cut, they all largely lack impact, and are really only very good when you are already ahead.

You should think about adding Heritage Druid, Nettle Sentinel, and Lead the Stampede, They provide the ability to "go off" by tapping Nettles for mana when Heritage is out to play Lead, then playing your newly gotten creature. they also speed up the deck a lot as well.