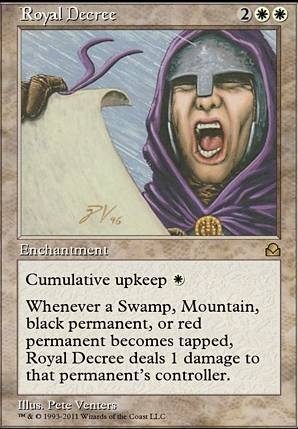 Cumulative upkeep (White) (At the beginning of your upkeep, put an age counter on this permanent, then sacrifice it unless you pay its upkeep cost for each age counter on it.) 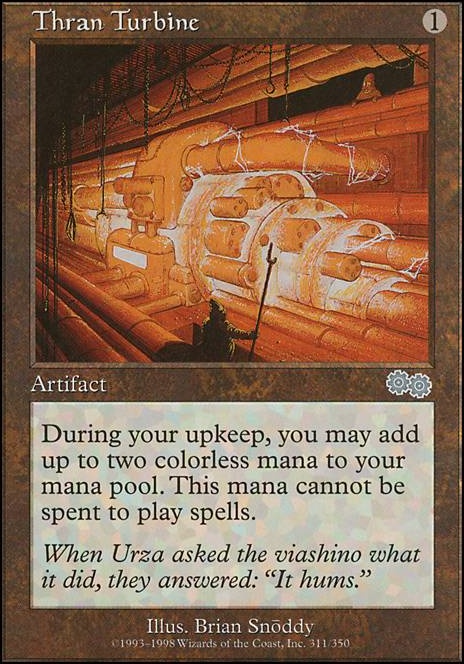 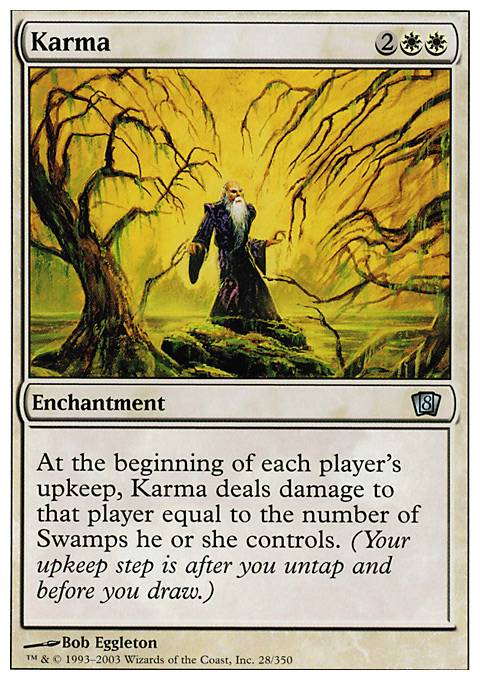 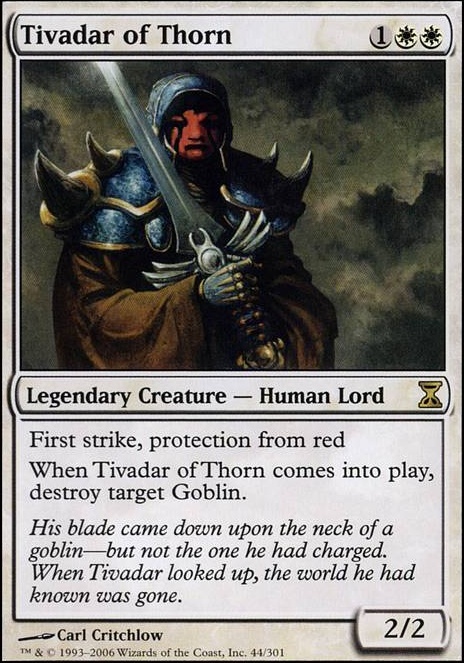 darien and his white weenies
by zachi

Neotrup, thanks for the advice, i dont have ether Command Tower or Emeria, The Sky Ruin but instead i did a Plains and a Karoo, along with the other new cards for the deck along with the spheres:

Most Darien lists use the combo Urborg, Tomb of Yawgmoth + Karma/Royal Decree + Soul Sisters/life-gain effects to make a massive army to beat in with.

I'm sure you could come up with some flavor to include them for an additional win-con.

With more and more punisher decks popping up in my play group to make the games go faster, so I've decided to make a deck that thrives off of them and can take the pain that they are dishing out and make something good out of it. A cool combo is Urborg, Tomb of Yawgmoth + Karma/Royal Decree with a soul sister out. http://tappedout.net/mtg-decks/punish-me-more-daddy/ what do you think could make it better?

If you want you could throw in an Urborg, Tomb of Yawgmoth and Karma or Royal Decree for extra damage on upkeep for you and everyone else. Take a look at Angel's Trumpet for even more damage and to punish people for creating large amounts of tokens and not being able to swing with them. Here is my list if you want to check it out. http://tappedout.net/mtg-decks/darien-the-maschosist/