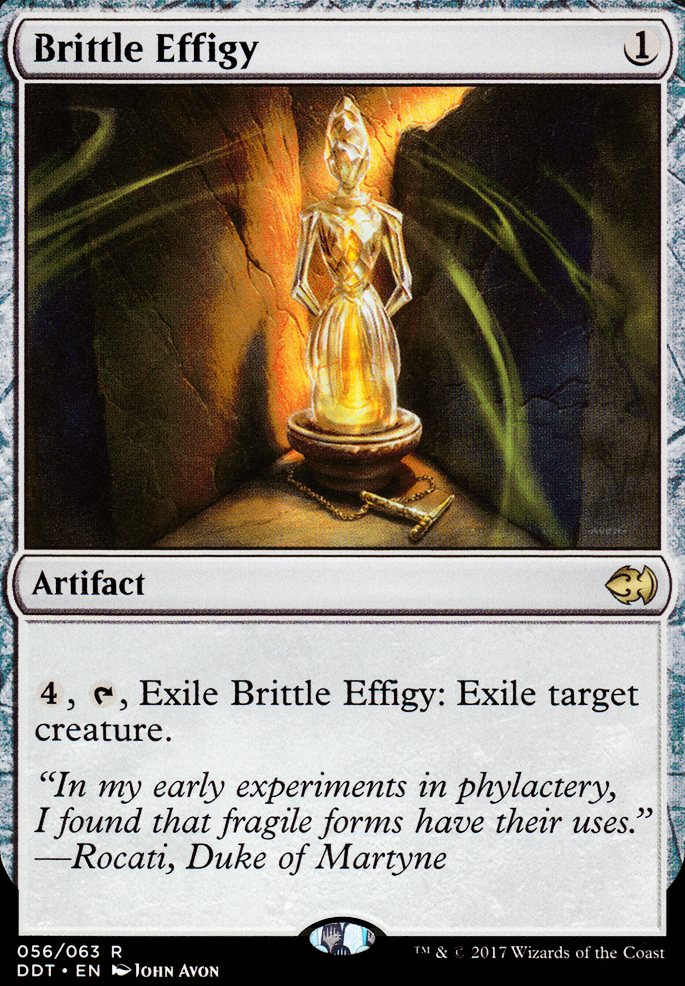 Omnath, The Mana Bank
by TheeQuinner

The Center Does Not Hold
by clonalselection

Brittle Effigy : It's too narrow, non-repeatable and that 4 mana cost just to activate is way too much for a one time effect.

Vorinclex, Voice of Hunger / Zendikar Resurgent : Both are too slow and unimpactful, if I have the mana for them I usually have mana to actually close the game out.

Brittle Effigy is good turn one for spot removal later on. I am wondering would Vorinclex do something in here? Zendikar Resurgent is also great.

ONE TRICK PONY - Godo and a hat

That seems like a really good compromise, my friend! Janky combos ususally don't hurt people's feelings, and the combo pieces synergize just fine with the rest of your deck even if the engine isn't assembled.

Now that you've narrowed in on tokens/aristocrats with potential combo, it's easy to select haymakers for that deck. For starters, Chief Engineer is one of my favorite cards of all time. Blinkmoth Urn, too. Welding Jar to save your best piece in the event of a Shatterstorm. Go Brittle Effigy instead of Oblivion Stone, and then use Nevinyrral's Disk as a mass removal.

And then I think you need more token production -- Pia and Kiran Nalaar, Whirler Rogue, Thopter Spy Network, Hangarback Walker, Thopter Foundry, Thopter Assembly, stuff with Improvise and Affinity abilities, the new Saheeli Rai (and the old one I guess!). Hope this helps(: I'd cut down on the flicker synergies since artifact sacrifice + recursion + cost reduction lets you use similar effects, but all your pieces get to be artifacts. But that's just my advice to save some room in this list.

Raff is SO GOOD in this deck, like a 50 cent Vedalken Orrery. Play him. Always (:

The Best Damn Omnath Out There