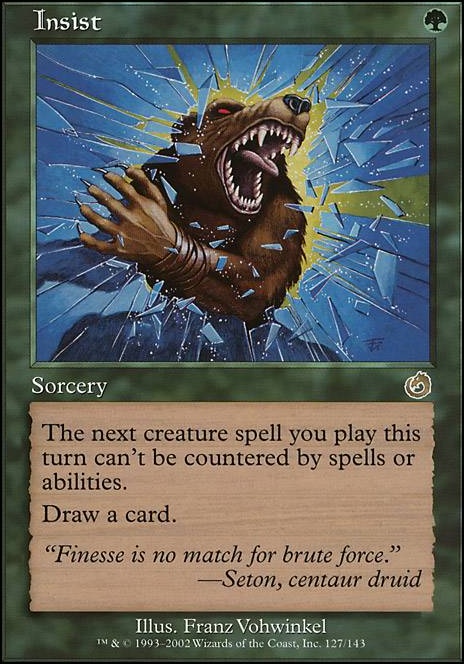 The next creature spell you play this turn can't be countered by spells or abilities. 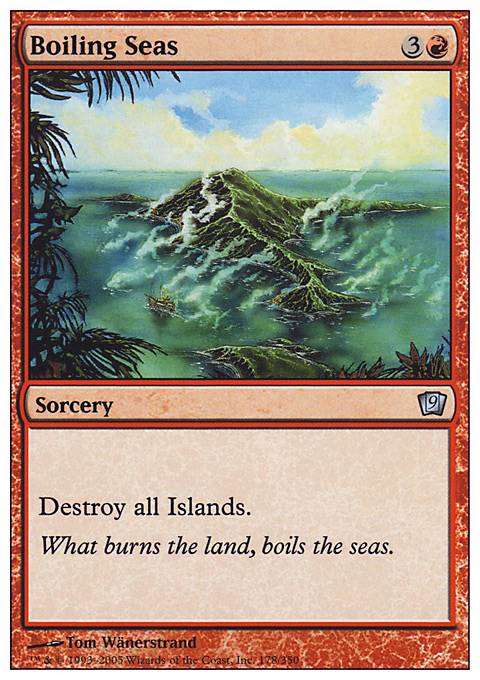 A lot of these are in the $10 range but might as well suggest em' anyways.

Eldrich Evolution decks are usually good at getting out a turn 2 Magus of the Moon / Eidolon of Rhetoric off a mana dork for the occasional free win.

Don't forget also that Birthing Pod is still legal in that format and gives you a less weak to Force of Will alternative to EE that also works as an engine if the rest of your deck is derpy green creatures. The drawback being your payoff would have to be in the 8 cmc range which isn't the worst considering that includes Griselbrand , Craterhoof Behemoth , Tidespout Tyrant , Archetype of Endurance , Ashen Rider and Platinum Emperion (literally all the same payoffs as the format's primary reanimation deck -elesh norn).

Insist cantrips, pitches to rider and can even punish opponents who plan to "counter the payoff not the mana source".

I might add more suggestions if I think about them.

Serene Remembrance is sorcery speed, but is self recursive

Insist are decent counterspell-buffers if you wanted to run extras

Savage Summoning lets you opt in at the end of an opponent's turn, bypassing summoning sickness on your turn.

I found some good budget options to these two, while not nearly as good they don't break the wallet. Autumn's Veil, Gaea's Herald, Insist, Leyline of Lifeforce, Overmaster and Prowling Serpopard.

Made some big edits today! Finally acquired myself a Dark Depths so obviously that + Thespian's Stage is in. Plus, I had a Craterhoof Behemoth Lieing around, so why not!

Also, everyone should start playing high impact cantrips. The cuts to include them are Very hard, but worth it as they are essentially free effects. Insist is dope, Scout's Warning is dope, Overmaster is dope, Quicken is dope. Play them!

Also, Battlebond is out and the card by far that I am most excited about is Pir's Whim. I seriously believe that this card will find a home in just about every green deck, It is at it's best a 4 for 1 in a 4 player pod, plus there are political implications.

Finally, I continue to slot in more and more lands, and my colored sources got a major revamp!

We're working on a Carnage Tyrant build to get around Force of Will. So far in testing getting the can be a little challeging.

Also, we're working with the card Insist. Insist should be great for putting Sire into play uncountered but it doesn't do anything for Empty the Warrens or Burning Wish.

Overmaster is another one we're trying. It can push your EtW and/or Burning Wish through counters but it has to be cast "just" before you cast them otherwise it's ability affects one of your rituals and not your kill spell.