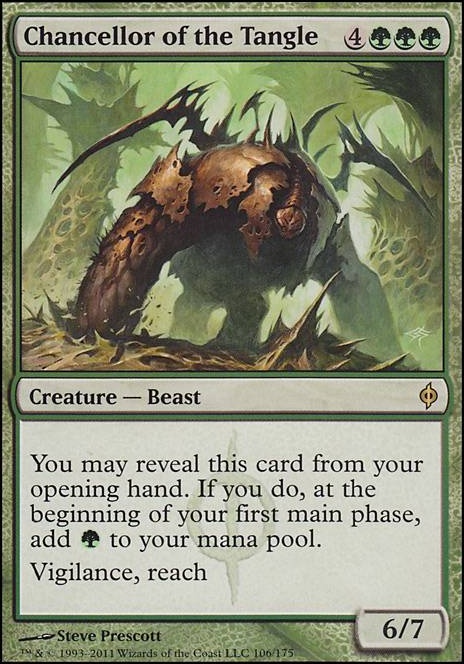 You may reveal this card from your opening hand. If you do, at the beginning of your first main phase, add {G} to your mana pool. Vigilance, reach

Neoform But The Brakes Were Never Even On
by myLAAN 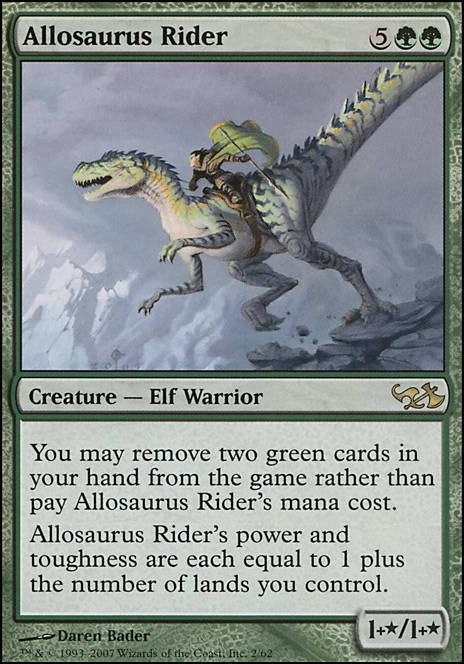 Welcome to Phyrexia
by KBgamer

I really like how nutty Chancellor of the Tangle makes everything. Getting out a turn-1 Stoneforge Mystic just applies soo much pressure.

I've looked at this some more and there isn't a t1 win currently. The mana from gemstone is used with pull or haggle and can't help to pay the 2nd mana needed for Goryo's vengeance. You are looking at t2 earliest unless you get Chancellor of the Tangle helping you out here. If you wanted to try that, I would trim a couple lands for it.

Chancellor of the Tangle is a pretty good spirit guide with the rituals.

The only other way to get an extra mana T1, beside Gemstone Caverns, is Chancellor of the Tangle

Let me know what you guys think of the deck! Was Chancellor of the Tangle good enough? Or is Simian Spirit Guide still the OG? ;)