Constellation â Whenever an enchantment enters the battlefield under your control, put a +1/+1 counter on target creature. That creature gains flying until end of turn. 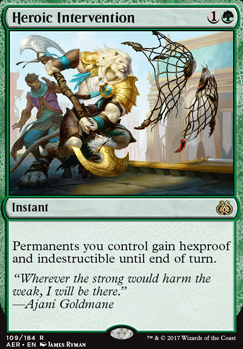 I do have a pretty low curve so I could use some bigger finishers. With Eutropia the Twice-Favored granting evasion I'm not sure if Flitterstep Eidolon or Whitewater Naiads are worth the slot.

Hi Anthony Did you consider Blood Aspirant, Starfield Mystic for ramp, Oath of the Ancient Wood and Eutropia the Twice-Favored for synergy with your commander.

Or do you never intend to cast it ;)

Hey y''all. I would love to build a Simic deck with Simic Ascendancy as my wincon. I'm curious though, who would be best at the helm of this deck? Experiment Kraj seems very suitable. Ezuri, Claw of Progress is probably more expensive than I'm willing to spend on a commander but I'd love to have him.

I'm honestly curious if I could manage Eutropia the Twice-Favored as a commander, but she's a little lackluster. I'd get benefits for running Hydra's Growth, for sure.