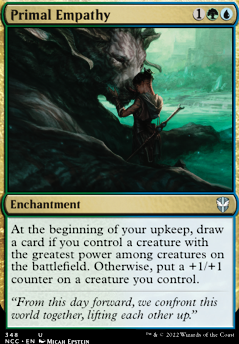 At the beginning of your upkeep, draw a card if you control a creature with the greatest power among creatures on the battlefield. Otherwise, put a +1/+1 counter on a creature you control. 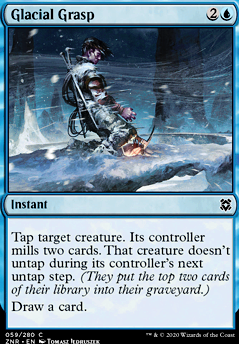 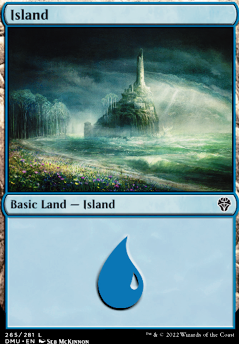 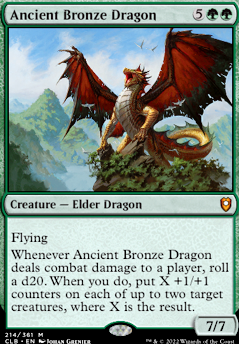 KBK7101 I totally forgot about The World Tree! I meant to add landmatic lantern as soon as I heard of it! I'll make sure to add that one. Also, go for it with the primers! It just takes a lot of thought and time. You can do it! I am writing one for my elf deck right now that should hopefully be on the level of my original Inalla primer. Hopefully I'll have it done soon!

kookoo Ceta Sanctuary is on another level! I'll almost certainly add it, I had no idea that card existed! What's especially good is that we often have dragons in our hand that we'd rather have in the graveyard. So, its basically like drawing three cards a turn and getting a free Scion activation. Great find! Primal Empathy is also good though I'm not sure I need both. Let me know any fun stories from playing with Sakashima. He ends games really quickly in my Yuriko deck.

Ceta Sanctuary and Primal Empathy are deece card draw and in the case of the second one it can buff Scion or what he transforms into.

Also, I tried Sakashima out instead of Dragon's Hoard and he is sweeeet.

Triumph of the Hordes can work as an additional wincon.

Cainhegis: I'll discuss each of those one by one.

In order of what I would be more inclined to add, Steelbane Hydra is at the top of that list. Walking Ballista is already under re-review. Despark deserves more consideration. Spark Double, Simic Manipulator, and Magistrate's Scepter would need a strong argument to make me reconsider.