Target opponent exiles the top X cards of his or her library. You may cast any number of nonland cards with converted mana cost X or less from among them without paying their mana costs.

Villainous Wealth occurrence in decks from the last year

Bolos And his (Super) Stoner Friends
by BotaNickill 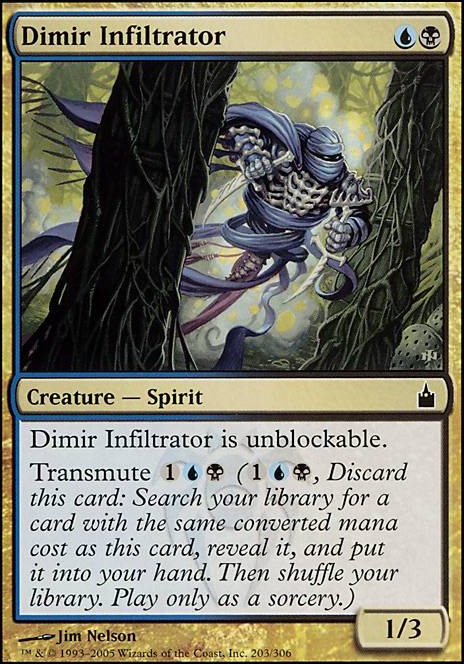 shwanerz88 on Advertise your COMMANDER deck!

Brought Muldrotha back out this past weekend. Unfortunately their was a Syr Konrad, the Grim at the table with me which hurt my deck a lot. Still put up a good fight with the other 2 players though.

Let me know any changes you guys think I could make. I'm going for lot of ramp and big mana plays with Villainous Wealth or Torment of Hailfire

hejtmane on Best Counterspells in Commander?

I do not play cedh I was just clarifying for the list also Narset's Reversal can be funny as hell someone goes to play something like a big Villainous Wealth steal it from them this turn and use the copy on them so you get that big x spell for two blue. Now it puts it back in their hand but hey you can counter it next turn or reverse that overloaded Cyclonic Rift into you favor etc etc

Hey willthewarlock! Yeah the Hermit Druid + Laboratory Maniac / Jace, Wielder of Mysteries is an overplayed combo. You can try it out and once you win with it you can consider taking it out, but that all depends on your preference and your playgroup and how they feel about infinite combos.

As for wincons, the Sultai color combination is notorious for having trouble finishing out the game. With Muldrotha, you could just out value your opponents since she's just so powerful, or you could add in something like Villainous Wealth to close it out. Good Luck!

Palinchron goes infinite with Yarok, so I'd recommend that.

I think Villainous Wealth is just a bad card. I think there a better things to be doing with infinite mana. Without infinite mana it's just not strong enough unless X = 15 or something. And in that case I would rather play Torment of Hailfire .

Vivien, Champion of the Wilds gives creatures flash, but that's already granted by Leyline of Anticipation and Alchemist's Refuge . I don't think you need a 3rd redundant effect like this. Vivien is also much more vulnerable than these two other cards.

Force of Negation can be replaced with Swan Song and I think it would just be better. Force of Negation is a strong card, but I don't think you need to be concerned with it unless your deck is angled towards having 1) tons of blue cards and 2) wants to counter many things.