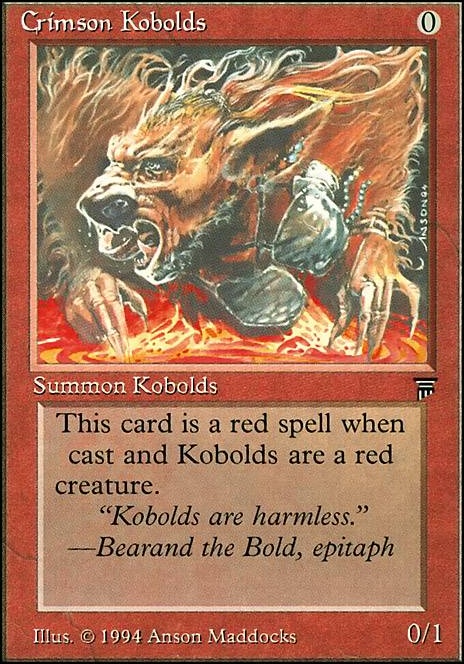 I don't keep up with cedh at all just play casual with a group of friends but going off what TypicalTimmy said I'd assume it is because he is a turn one first strike, menace, trample so built in evasion and will surely land commander damage early on. Paired with Colossus Hammer you are looking at a win in 2-3 combat steps perhaps one if you slap double strike on him.

If you want to take Rograkh, Son of Rohgahh in another direction he is a guaranteed cheerio. Pair him Crimson Kobolds and Cloudstone Curio and you can get infinite etb or cast triggers. So with Birgi, God of Storytelling Â Flip or Impact Tremors you can get infinite mana or infinite damage respectively.

So a potential magical hand you are looking for in cast order is:

If I did everything correctly these are two turn one wins but I may have messed up somewhere but you get the gist of it.

You can provide better support for Mox Opal by swapping out Kobolds of Kher Keep and Crimson Kobolds for Ornithopter , Phyrexian Walker , or Shield Sphere .