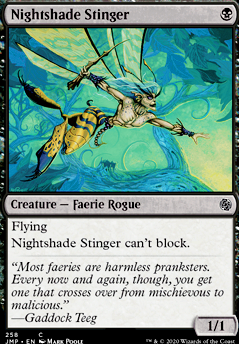 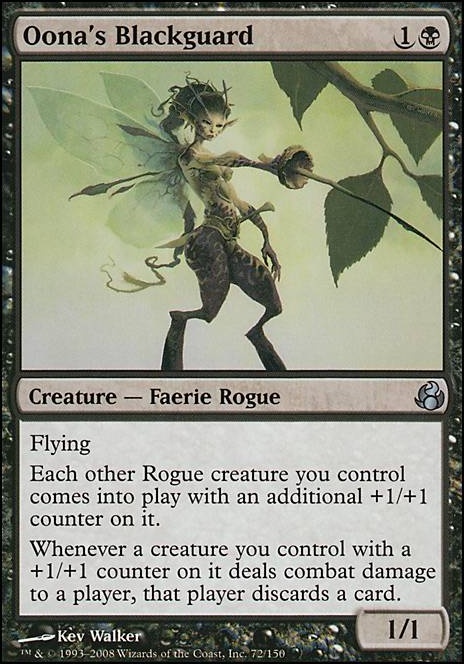 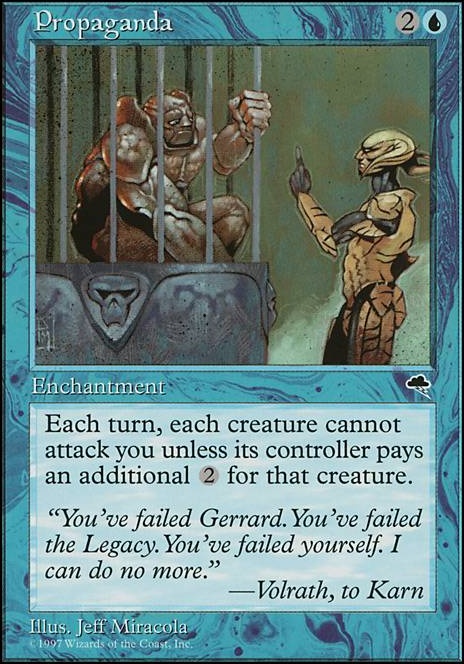 Faerie, Fairy or Faery?
by Savros

Mari, the Killing Quill
by ashby4 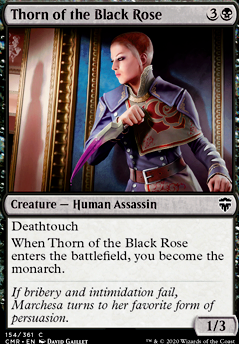 I ended up liking the Nightshade Stinger s quite a bit. I don't know if three or four is correct but it probably doesn't matter that much. Current sideboard feels much better as well.

Trying Nightshade Stingers in place of Night Market Lookouts. I only really like NML in my opening hand as they usually end up only being one damage and one life gain otherwise. The NS's also add another evasion option which comes in handy vs Black and vs affinity. The biggest help is vs affinity though as your fear/intimidate evasion is off vs them. Nightshade Stinger can still get through in the sky to turn on prowl on your Morsel Thefts.

Maybe some Faerie Duelist in here to replace Nightshade Stinger ?

Better in all ways :D hope I was helpful.