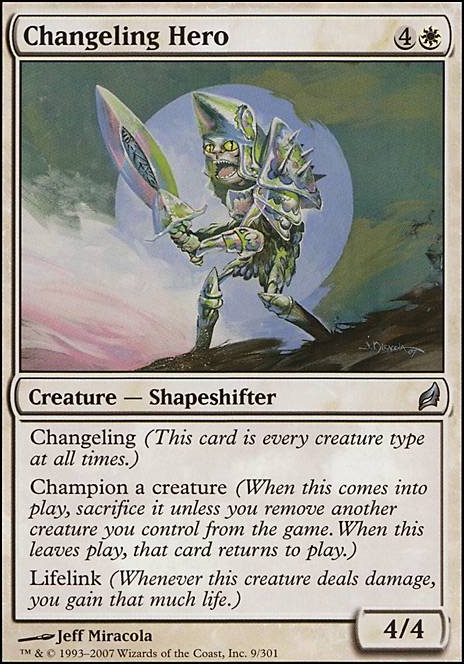 Lifelink (Whenever this creature deals damage, you gain that much life.) 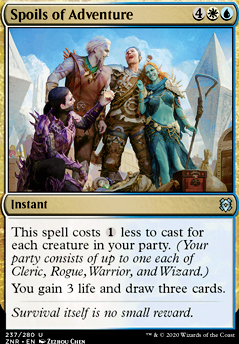 Welcome to the tribe (Need Help)
by PrestonShilling

My bad. Missed it in my first perusing. Also, I don't know if you're interested in jank combos, Changeling Berserker, Changeling Hero and Changeling Titan is an infinite etb with any of your etb effects. Oh, and you can free drop a changeling with Sorin, Imperious Bloodlord.

Yeah, I'm going to update this deck a little using the 'champion' effect to do infinite combos with shapeshifters. Pretty much get Changeling Berserker , Changeling Hero , Changeling Titan or any clone creature and make a loop of them entering the battlefield and championing eachother. With reaper king this leads to infinite removal

You might like these: Metallic Mimic (cheap scarecrow, makes other scarecrows bigger, AND synergizes with Cauldron!), Universal Automaton , Birthing Boughs , Mikaeus, the Unhallowed , Graveshifter , Dross Scorpion (untaps Cauldron of Souls or mana rocks), Changeling Berserker , Changeling Hero , Changeling Titan (if you get all three champions, you can loop them to destroy all opponents' permanents)

Wow very interesting deck!! Crib Swap could be cool here since it is an Ally (Munda sees it), is decent removal, and triggers Mana Echoes. Other cards you might consider are Universal Automaton , Gemstone Array , Bag of Holding , Changeling Berserker , Changeling Hero , and Fiend Hunter (while not an ally, Fiend hunter enables a loop with Changeling Berserker and Changeling hero that would give you an arbitrarily high number of ally entry triggers. You can end the loop any time by exiling a different creature.)

i suppose you could look at Soul's Attendant maybe Changeling Hero as another combo piece, i think Felidar Guardian and Restoration Angel also work as combo pieces but they can't really win you the game unless you have battlement i belive.

Id heavily recommend Imposter of the Sixth Pride for it fitting the theme, as well as Mirror Entity , Changeling Hero , and Mirror of the Forebears for synergy with King of the Pride and other cards you have.