Whenever another Bear enters the battlefield under your control, choose one â 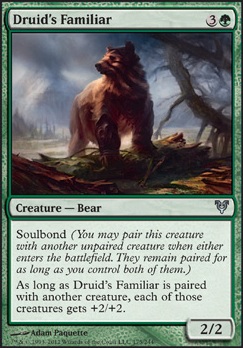 Mama Bear and Her Big Sticks

Thank you, Yarok! I definitely like Ayula, Queen Among Bears. I have her in my green/black cycling deck - Cycling Sneks. She works well with the enchantment Ayula's Influence. Although, I think I need to maybe move her to my Atraxa or Gitrog deck or make sure that my cycling card has enough discard. :)

In any case, this deck is to bring out big beater for cheap, which is why Goreclaw is my commander.

Kogarashi on How do two Ayula, Queen ...

Yes, this will work. What will happen is this:

It's important to note that you don't sacrifice either Ayula to the legend rule. It simply goes to your graveyard. This matters because some cards (like It That Betrays ) will trigger when you sacrifice a creature or permanent, but dealing with the legend rule doesn't involve sacrificing and thus won't trigger those abilities.

If I have one Ayula, Queen Among Bears in play and I cast a second one, can I use my old Ayula's first ability to put two counters on the new Ayula before sacrificing the old one to the Legend rule?

Brought Back is like a worse Grapple with the Past or Noxious Revival , so I do not think I would consider it. The double white could be rough, and the timing restrictions would really make the card inflexible.

My least confident spot is probably Grapple with the Past , but it has proved to be a great flex spot so far

Would you consider Brought Back and Flagstones of Trokair ? I think it goes well with Knight of the Reliquary , Windswept Heath , Ghost Quarter , Field of Ruin , and Elvish Reclaimer .

The deck looks like it has too many cards that don't impact the board ( Eladamri's Call , Noxious Revival , etc.) and could use some action cards. I don't know exactly what those might be, but maybe switch out a few tutors or win more cards (like Ayula, Queen Among Bears ) for some disruptive creatures/enchantments ( Gaddock Teeg , Collector Ouphe , Suppression Field , whatever you think you need).

Caerwyn on How do You determine the ...

Sine you asked, and this is going to sound a bit obtuse, your two major problems are grammar and tone.

"True CEDH matches either end in the first 3 turns, (rarely) and take between 10-30 minutes usually"

Combine that with SHOUTY CAPS and your posts give the impression that they were written in an aggressive, haphazard manner. Individuals tend to be disinclined to read with the critical eye necessary to see the intent behind the poor writing if they feel they are being condescended to.

That's not to be rude - you asked, and that's just my two cents as an outside observer who is not biased by previous involvement in this conversation.

On topic, I also use TypicalTimmy's method of running a new deck through a gauntlet of other meta-specific decks.

That said, I do think Goldfishing is extremely useful in one regards--checking to see if you will consistently have the right amount and types of mana in your opening hand. I usually test draw a couple dozen opening hands so I get a feel for how often I will probably need to mulligan due to mana flood/screw, and then adjust if I find my mana base is not conductive to playable opening hands.

This is a bit off topic, since this thread is really focused on deck bruin, but it bears saying regardless. I think its rather unbearable to read any discussion of Ayula, Queen Among Bears if there are bearly any puns.