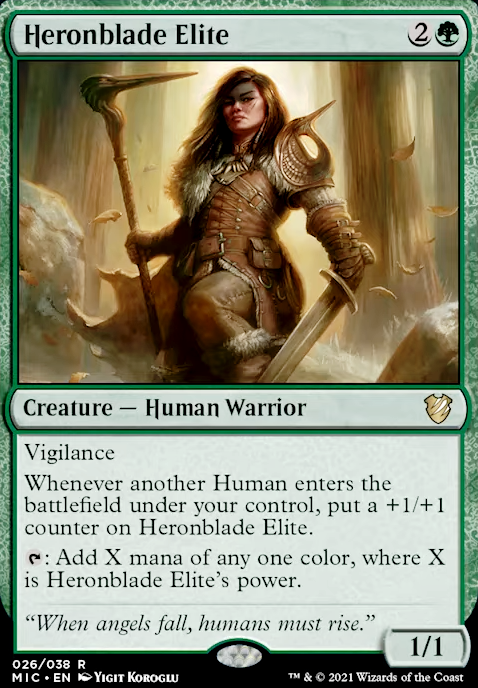 Whenever another Human enters the battlefield under your control, put a +1/+1 counter on this.

: Add X mana of any one colour, where X is this creature's power.

You want this. Ragga makes it tap for 3 mana already and then when you use Ragga's second effect it taps for 10 mana. As long as you can keep drawing cards you'll be able to pretty much play out your hand.