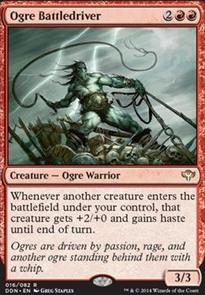 Whenever another creature enters the battlefield under your control, that creature gets +2/+0 and gains haste until end of turn. (It can attack and this turn.) 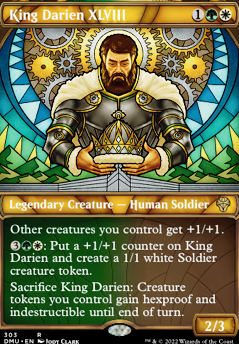 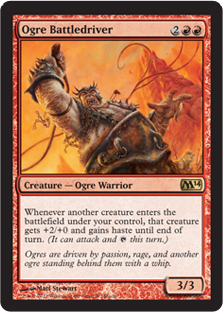 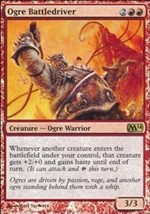