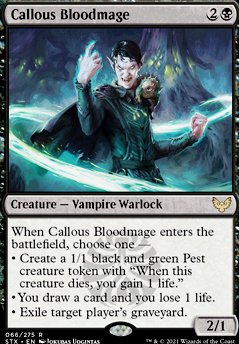 Braids, the Arisen Aristocrat
by HobbyGamer007

The Sack that Summons Back
by UpGoose 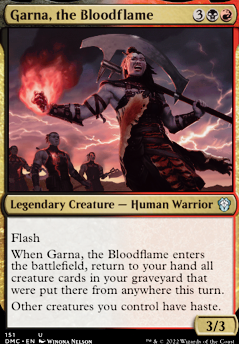 DawnsRayofLight thank you so much the kind words and recommendations!

I actually used to run an Amulet of Vigor! However, I took it out because i found that without the other "combo pieces" in hand, there's almost zero pay off to playing this card in this list as it currently exists. I would 9/10 times just prefer another piece of interaction.

Callous Bloodmage is an excellent card, but you were able to deduce exactly why I play the Agent in its stead :)

I have been doing a lot of thinking about changing up some of the card choices in the deck since I have not done so in quite some time. Things like Despark, and Vindicate need to come back into consideration. Despark may not specifically make the cut because this deck goes off at 3 mana, and I play twice as many ramp spells as any other kind of spell since it's part of the core strategy, so I'm not afraid to sacrifice efficiency if it means more versatility. I mean, most counter battles I get into are when I try to win which means I generally will have 9-11 lands in play.

I might think about Amulet of Vigor to make sure all those gates come in untapped and allows for a same turn Maze's End win from Scapeshift. I am struggling a bit to see what to drop, maybe one of the one off sac cards?

If you want a cheaper removal spell than Utter End, Despark is a good option, I run it in most of my BW based decks.

There is also Gateway Plaza if you want another gate, not great, but it is a gate

Hi killer_eye, I prefer Callous Bloodmage since it's very flexible. With Hogaak, being able to get to the two creature requirement with one card is very valuable, as you might have experienced. I think it's bit of a meta call. It's possible to run both if you really need grave hate. You can snipe some key pieces with Scavenging Ooze but it does takes extra mana and I assume any graveyard players will try to kill it quick.

Callous Bloodmage feels a bit slow for the deck because I have better things to recur at my end step that will keep the deck online. I swapped Yavimaya Granger in for Sylvan Ranger pretty quickly and am trying to find places to slot in your other recommendations. How useful do you really think Lurking Predators would be in my deck, cuz I run 43 creatures and most of them are small besides the big guys like AVG, Ravenous Giganto, and Protean Hulk 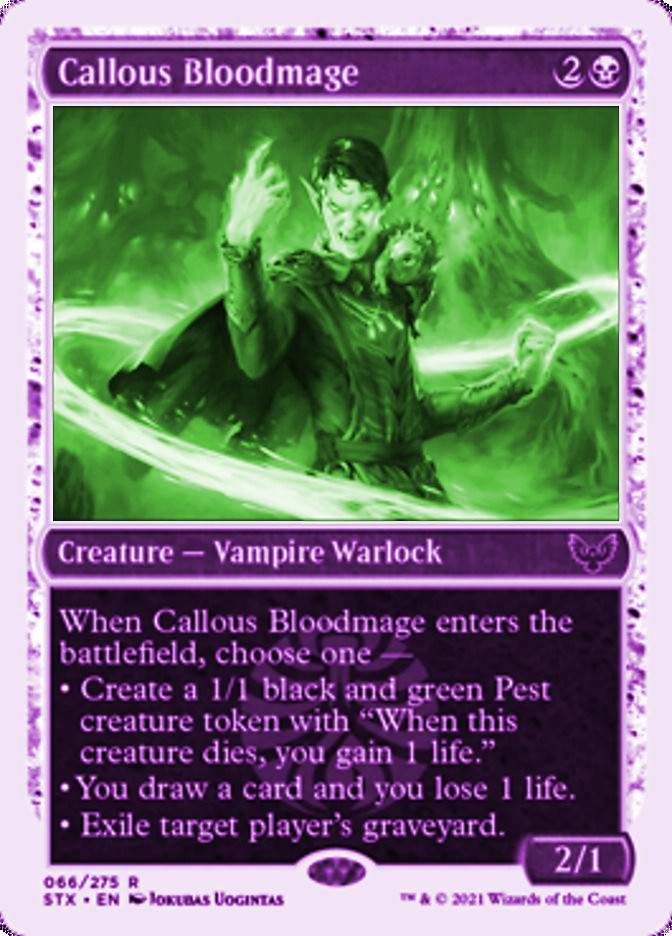