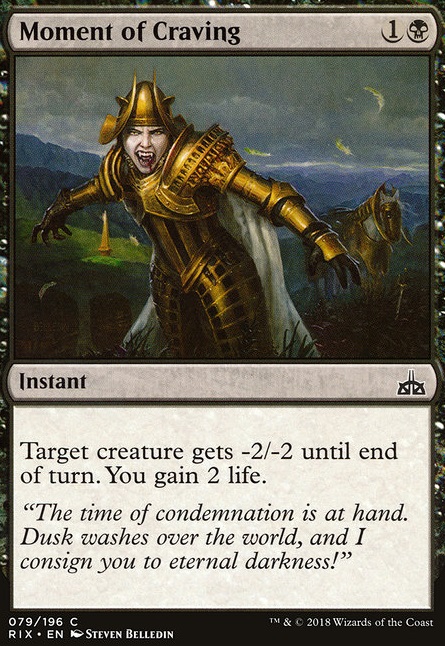 Moment of Craving occurrence in decks from the last year 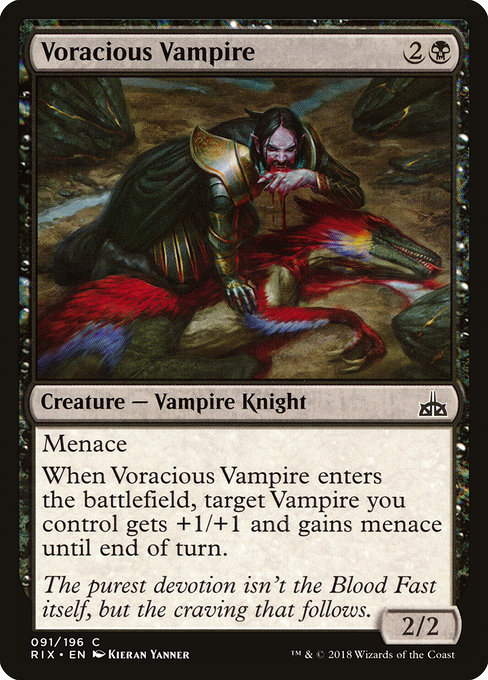 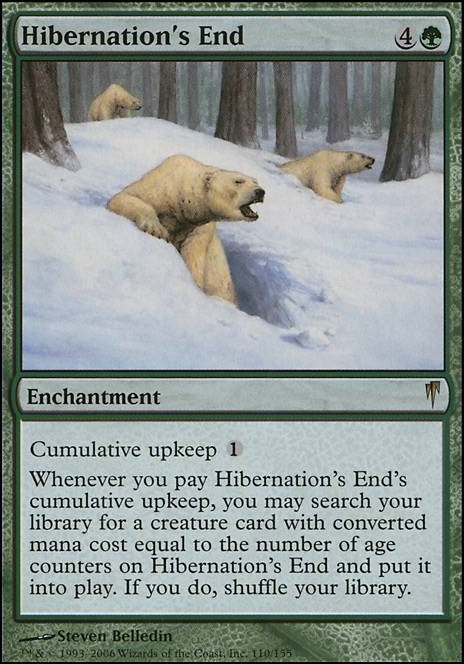 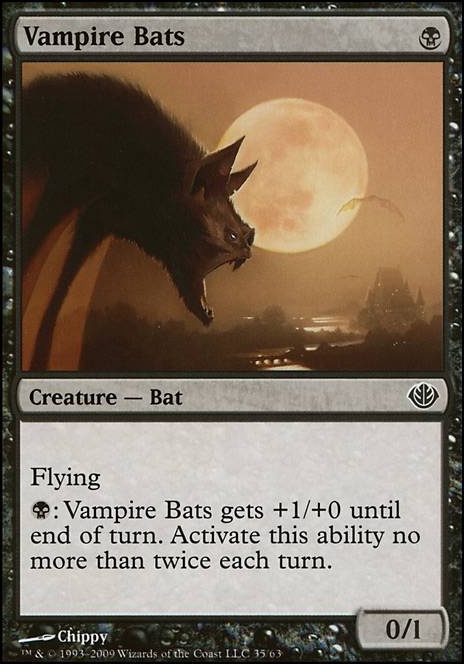 Drana, The Killer
by Coumie 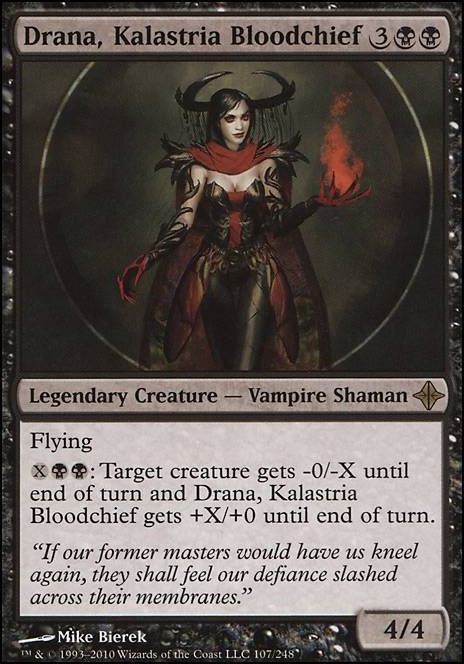 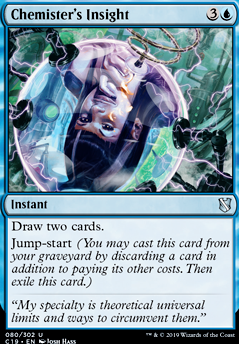 Really good start to a midrange/aggro deck! My advice is trim down the cmc's (unless you can pull off spectacle costs often) and focus more on the aggressive valuetown nature of the deck's potential. I would suggest cutting Ransack the Lab for something like Sign in Blood , and moving Doom Blade to the potential sideboard in favor of Victim of Night . Maybe it's just my personal tastes, but Moment of Craving could even potentially be 2 copies of Duress to mess with your opponent which buys you time and protects your creatures, though it may or may not be the ideal move to include them. Your creature base is solid again especially if you can pull off cost reductions like spectacle on Blade Juggler , so I would focus on figuring out your removal and draw spells. Awesome job, keep it up!

But more to the actual deck:

It feels like you could mainboard some counterspells somewhere, since the deck reads like a control list--just a consideration. With Teferi, Time Raveler running around though you might want to avoid this unless you know you can keep him off the board.

Consider other options over Murder . What you run here is heavily dependent on what you want to deal with, something like Moment of Craving is good into aggressive decks which threaten to run you over. At the very least, Walk the Plank is one cheaper and hits everything relevant (assuming you don't have any avid merfolk players in your playgroup, standard merfolk aren't particularly popular from what I've seen). There's plenty of usable removal beyond what I've mentioned here, so explore your options!

I don't know that you have enough reason to run Discovery/Dispersal over something like Opt . If you find yourself casting dispersal enough, you could probably keep it in but I don't think seeing 1 extra card is worth dropping to sorcery speed and spending an extra mana.

Reminds me a lot of my first deck around the release of GRN! Hope whatever you settle on works out for you.

I built a very similar deck on MTGO, and it's been playing great. However, mine is far more aggro with a focus around Ruin Raider , doing it's best Dark Confidant impression.

Midnight Reaper is cool and has the knight synergy, but honestly he doesn't provide enough card advantage. And, with more card advantage, I think you can get away with 22 lands. So, I'd move both the Midnight Reaper to the sideboard and drop the Orzhov Guildgate all together in exchange for 3 Ruin Raider

As for dealing with big creatures. The Eldest Reborn is just flat out too expensive, and Oath of Kaya doesn't kill big blockers. I'd drop them altogether. Then, I'd move your Mortify and Moment of Craving into the main, and put 4 Vraska's Contempt or other unconditional removal in the sideboard. But, ultimately there is going to come a time in an aggro deck like this where you have to attack into a bigger blocker to get 2 or 3 other creatures in for damage. As long as you can put more creatures into play than you're losing, and make them leave a blocker(s) up every turn, than you're winning the race. I'd probably be playing both Ruin Raider and Midnight Reaper against a deck like that.

Also, four copies of either Seraph of the Scales or Sorin, Vengeful Bloodlord seems like too many, and Duress seems like an inefficient way snipe board wipes... I'd drop Duress and replace them with Unbreakable Formation to either board wipe protect or give you a late game push across the line... Then I'd take out 2 copies of both Seraph of the Scales and Sorin, Vengeful Bloodlord and put in 4 copies of Dauntless Bodyguard in their place... Being able to drop 2 power on turn one is where you want to be, and the late game ability to protect a bigger threat against removal or a wipe can't be undervalued either.

All in all: lower your curve, get more card advantage, use more efficient spells, and focus on pushing damage through in a way that will win the race even if you lose some creatures in the process.

It might not look like it, but Pitiless Pontiff is one of the best cards in this deck. It essentially can block anything and survive as long as you have another creature, and against Stompy it was pretty damn good (not so much now, as Stompy is almost out of the meta).

Also it is quite good against Esper Control. These days they are playing Cry of the Carnarium more and more, but they still play a decent ammount of Kaya's Wrath , and the Pontiff is super resilient against that. It also allows you to blank a great deal of their life gain such as Vraska's Contempt , Moment of Craving or Enter the God-Eternals by sacrificing the target.

On the other hand, I did consider adding another God-Eternal Bontu . I'm not so sure about the Tithe Taker , my experience with it is that it's removed as soon as possible and the taxation effect didn't matter much. Finally the Butcher is quite good, but the 2-drop in this deck is super packed, I'm not sure is worth over something like Footlight Fiend . I think it's great in a Rakdos Aggro/Aristocrats, but this deck tries to be grindier and with a better late-game plan.

Thanks for the comment, I will definitely consider another Bontu! That card has been at least great when I played with it! :D

rXp Against mono red you take out Thiefs, Teferi's (big and small) and Liliana. Put in Duress, Despark, Time Wipe, Contempt and Veto. If you are having problems with the matchup add a few Moment of Craving

MurderForBrunch thanks for the comment and suggestions! Aggro has definitely given me the most problems. As I continue to play test I keep making small adjustments, example is the two different sweepers in the side as I see how the meta shapes up I'll probably go with one or the other. I have been considering Moment of Craving in the main over Lava Coil . I need to try The Elderspell . Honestly in all the play testing that I have done I have not one time brought it in out of the sideboard. I need to go ahead and play it in the main and see how it plays.