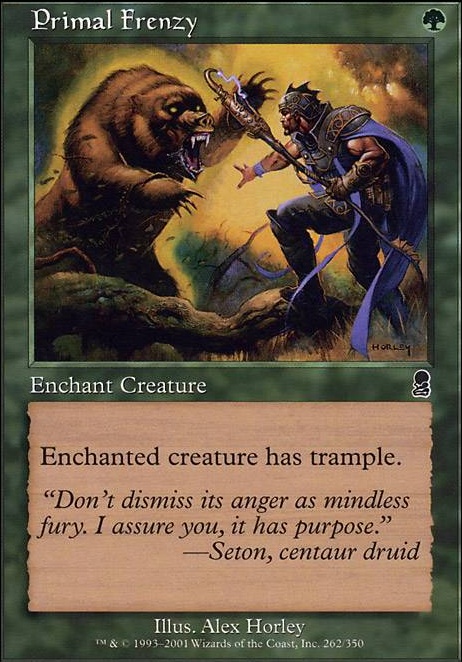 Hydra and Wurms
by HippoPie 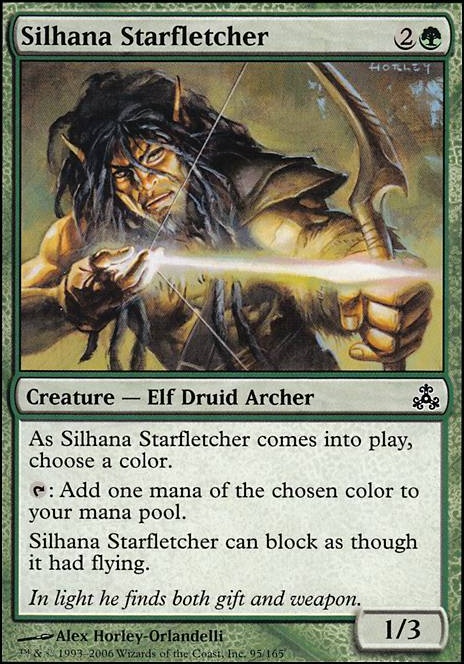 you need 24 lands plus mana ramp if you wanna play things that cost 5+ mana. you should also just pick the best spells and run 4 of each, rather than just 1 of so many things. it will improve consistency. Rancor is a strict upgrade over Primal Frenzy. and finally (for now at least) you need to have some removal spells unless you can consistently win turn 4 or earlier. this is difficult in mono green, but there are "fight" cards and also things like Beast Within.

I think you need more ramp and removal for early game. Green has a lot of different ramps so you can take out 5 forests and replace with more low mana tap creatures like Elvish Mystic. Or Arbor Elf combined with enchantments like Utopia Sprawl. And for removal you can exchange Primal Frenzy for Prey Upon to kill opponents creatures.

I really like your Idea.But i think Increasing Savagery has a bit too high mana cost.

I Would try Dragon Fangs or at least Primal Frenzy to get more trample on the board.

Maybe you could cheat in Keen Sense somewhere for carddraw?