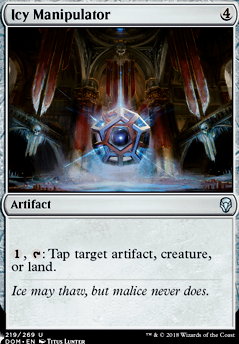 The Tale of the Fox and the King
by ThoreaulyRed

There's a reason why there aren't more creatures with vigilance besides the angel, it's because there's no need for them. I'll use the creatures you suggested as an example. Let's say I play either Alert Heedbonder or Tajuru Pathwarden. What do any of the these do to help develop my strategy? Nothing, especially the Heedbonder. The Pathwarden at the very least is big, but that's about it. Nether of them help to keep my opponent's creatures tapped. Taranika, Akroan Veteran I actually stopped to think about a little bit. However, it basically works the same way as the others. Sure she can untap my creatures and maybe grow some of them a little bit, which is important to know as a lot of the creatures wouldn't receive that big of a buff, but there's someone else that can also "untap" while also being an Engine. Soulherder. It doesn't technically untap but effectively is the same thing. To wrap up this point about vigilance, the only creatures that would benefit from having it would be the Bounding Krasis and Icefall Regent. Another thing to mention is Evolutionary Leap, which can turn useless tapped creatures into something more useful.

Icy Manipulator is an interesting one, but is kinda mana intensive due to the mana cost. Thankfully, I found other cards with similar effects, like Pacification Array. While I think the deck has sufficient tapping effects, this is something that caught my attention enough to make me want to playtest it.

Thanks for the opinion and suggestions!

I have seen that combo floating around for a while, (and even tried to make it work myself) but in general it's pretty meh. Urborg is a okay card by itself, (not amazing but okay) but when you add in mostly dead tutors outside of your combo you end up with a ton of bad draws. Spreading Algae however is increddibly weak unless you play against a deck that went turn one swamp and didn't Thoughtseize or Inquisition of Kozilek Algae away. I can even see scenarios where they don't take Algae because it's so underwhelming. At the end of the day, the combo gives your opponents fetch lands the ability to tap for mana and gives you a 1 mana LD spell. Unless you add in somthing that can force them to tap their land (Icy Manipulator maybe? That makes an already bad two card combo a worse three card one) it's just a 'this land can't tap for mana spell' but worse since when they need it they can sac the land for the mana. Devoting card slots to dead cards and tutors for LD is really bad, some decks will have already devoloped their board by the time you start Algaeing their lands. Even worse, if they start stockpiling fetchs (that can now tap for black mana) algae is useless because they can crack in response to algae and it will fizzle and not return, preventing you from locking most decks out of black mana.

Basically you have to play 1 card that is dead in most matchups and 1 okay card, it's mostly limited to Golgari colors, it dosen't win you the game (far from it in fact), and isn't consistent enough to just 'stumble' upon without devoting slots to tutors for again, a combo thats rather underwhelming.

All that said, it's certainly a fun little combo that I would love to see do something.

Since you're completely built around Stoic Angel, I'm surprised you aren't running more creatures with Vigilance! After all, her drawback applies to you too, meaning you can swing with a vigilant army turn after turn and save your one untap for a mana dork or whatever. There are plenty of solid budget options, including Alert Heedbonder, Tajuru Pathwarden and Taranika, Akroan Veteran. Of course, you can also just staple Vigilance onto your whole crew with something like Brave the Sands or the humble Serra's Blessing!

The other thing to consider is having a repeatable, reliable tapping effect. Bounding Krasis and Icefall Regent can tap a creature... once. But maybe something nastier shows up later - then you'd be better served by something like Icy Manipulator. Having more cards that can tap a creature on demand than just the mana-intensive Verity Circle is likely to keep your opponent down once the Angel is in play.

(Actually, Icy Manipulator + Howling Mine is definitely a combo, albeit one that you probably won't make frequent use of. I might go with something like 3 Sylvan Library, 3 Manipulator, 1 Mine.)