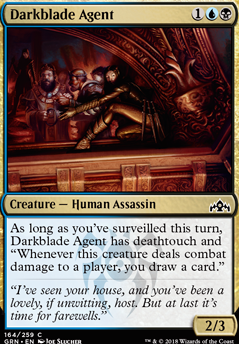 As long as you've surveilled this turn, Darkblade Agent has deathtouch and "Whenever this creature deals combat damage to a player, you draw a card." 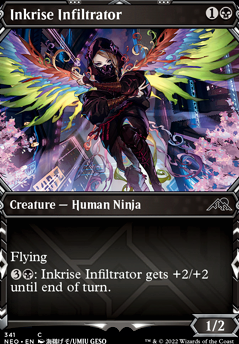 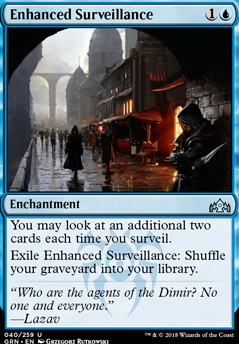 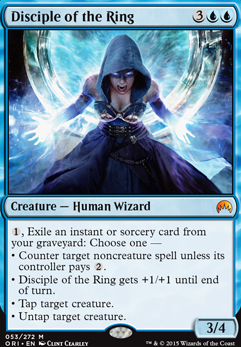 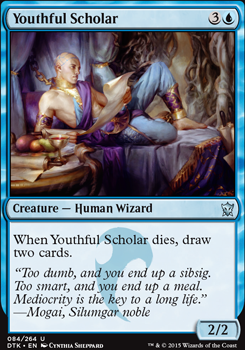 Skyler1776 That ones going in for sure, great suggestion. I'm thinking of sideboarding the Darkblade Agent and one of the Discovery / Dispersal cards for 3x of those.

I'd replace the Barrier of Bones and Darkblade Agent. Some good budget options to look at are Plaguecrafter, Nightveil Sprite, Burglar Rat, Unexplained Disappearance, and Price of Fame to name a few. Are you wanting to build a more tempo based deck or a more control focused deck? One nice thing about UB for budget is it's fairly easy and cheap to be able to transform your deck from one to the other through side boarding.

I think you really want Darkblade Agents in your deck. Someone totally destroyed me with three, yes, three copies of it at a FNM draft. It's a pretty good card: you surveil, then attack, draw the card you put on top with surveil, and next turn you can play that card for the same value if it surveils.

Hi ! This deck looks super cool ! Have you played it ? It must be really fun at FNM, it's just already set up against control and against an aggro deck, play mausoleum secrets on ritual of soot seems so funny ^^ The only card I don't really like is Darkblade Agent. Is it that strong ?

Thanks for sharing this deck, hope the best for you if you try it somewhere ;)

I played 3 events as Dimir for the pre-release, such a fun mechanic! I'm glad to see you also run 4 spybugs. I don't know your playstyle so the following is just what I would change for myself, everyone is different!
I'd drop maybe 1 or 2 of the sphinx since it's such a high cost card, and with dimir being the master of control you'll want some extra control. To add some utility and still be a threat you could use a mixture of Darkblade Agent and Dazzling Lights, utility calls for the lights since they provide combat tricks for 1 and surveil at the same time. I've pumped spybugs last minute as well to prevent their destruction. With enough surveil in a deck, Thoughtbound Phantasm can be a threat as well, but I personally wouldn't run 4 of those. The great thing is this deck can already be built so many different ways with the limited cards they have.

Very interesting deck! Just a thought, but I believe Darkblade Agent would put a lot more pressure on an opponent than Dimir Informant, unless you are just looking for repeatable surveil, in which case Nightveil Sprite would take much less effort, as attacking saves you the bounce card and mana. Really cool idea though, definitely gets an upvote here!