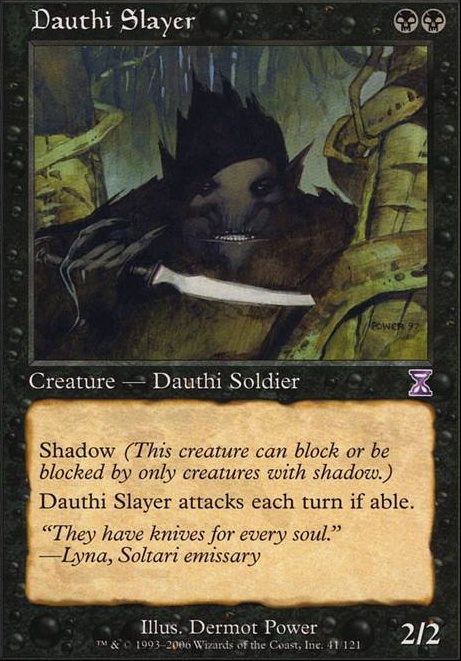 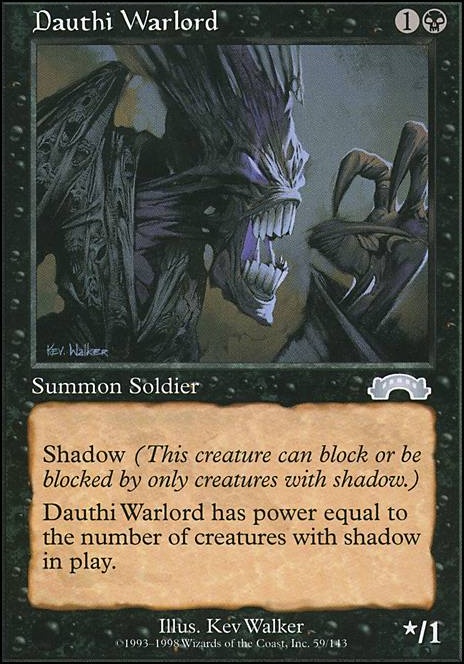 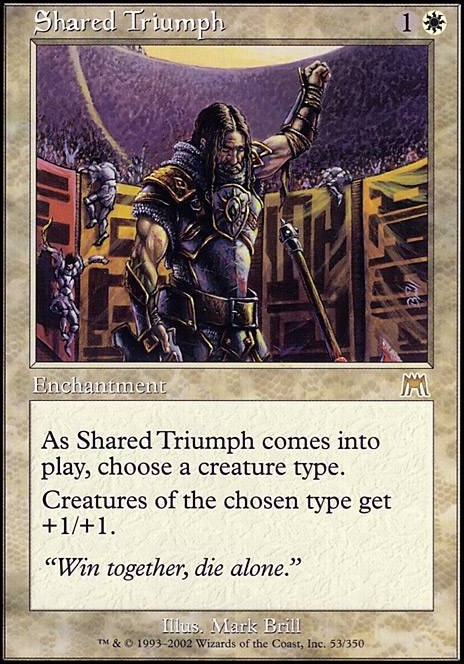 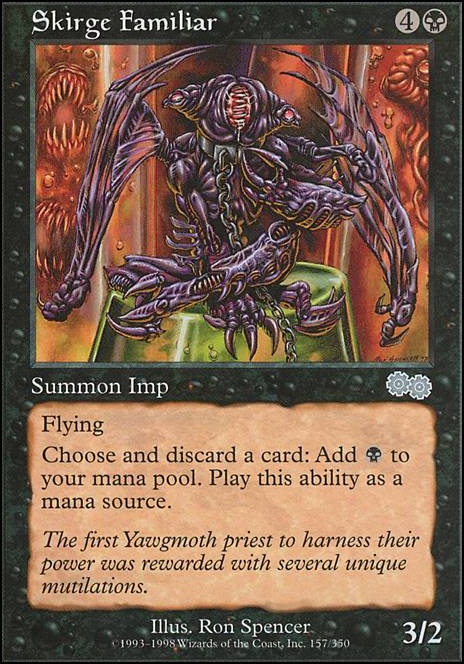 Neat budget build, some questions though:

What does Dauthi Slayer do for the deck? Also is Sol Ring house banned in your pod?

There's lots of decks like that, if format is not important. My own deck (Death in the Shadows) in Pauper:

7 Cards, many of which can be replaced. The deck can also win by turn 3 with Rite of Consumption by going for damage instead of infect. Does require some luck, but not too much, Dark Ritual is the main thing you need.

Since you plan on running mono-black devotion, I would recommend running a creature-base with a as a minimum in their mana costs, since Gray Merchant appears to be the only one in your deck who does. Some creatures that come to mind are Dauthi Slayer, Chittering Rats, Liliana's Specter, and Liliana's Shade. Another creature that benefits from black devotion in the pauper format worth considering is Marshmist Titan because he's easy to get out with enough devotion on the field. Hope this helps!

Might also be worth considering more two drop cards because your mana curve tells me that you need them. Maybe some draw power from Sign in Blood would be appropriate, but you can also add some removal like Chainer's Edict or Victim of Night.

One or two Nykthos, Shrine to Nyx can work wonders, as can Dark Prophecy, maybe as a sideboard choice. I have a similar deck that runs Dauthi Slayer and Bloodghast instead of Gifted Aetherborn and Relentless Dead, but now I'm thinking of swapping them out. Cool deck!

That is a valid point. I have the collective brutality and a shambling vent. I could probably do with a lifelink creature instead of Dauthi Slayer. I was looking at Tithe Drinker: The extort could be very useful later in the game, or Nip Gwyllion as a 1 drop early blocker, but adds no real value later.

I went with Disenchant istead of Fragmentize because its an instant and because early game Chalice of the Void on turn one is difficult to deal with. I felt using a 2 drop instead would take them off gaurd atleast the first time. Disenchant is a valid option though.

I would recommend Gifted Aetherborn instead of Dauthi Slayer. Aetherborn gives you a great game against opposing aggro decks. The price is a little higher, but definitely worth it.