Tap: Add {{G}} to your mana pool for each creature with defender you control.

Overgrown Battlement occurrence in decks from the last year

Pippa, rolling in the deep
by Player4our 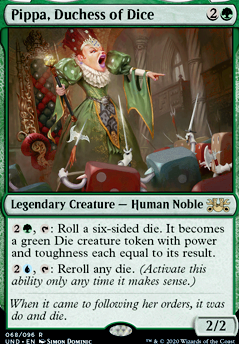 Climb the Vines to Victory (Wall Ramp Tribal)
by RedmundR2

The Great Wall of Green
by CommanderEesha

Funkydiscogod on Targets for Dramatic Entrance

Empyrial Archangel can be difficult to deal with for decks that can't do at least 8 damage in a single turn. Might be better in the sideboard?

Chancellor of the Tangle can pull double duty as a target, and letting you drop Overgrown Battlement or Wall of Roots a turn earlier.

Icbrgr on Targets for Dramatic Entrance

Currently brewing a mono-green ramp deck using Overgrown Battlement and am looking to use Dramatic Entrance as support/backup.

Does anyone have any thoughts on good/relevant targets for Dramatic Entrance?

Balls to the walls

lagotripha Oh yeah, I totally forgot that Wall of Blossoms had been printed. That one should be included for sure, probably instead of Carven Caryatid and maybe also some number of Wall of Omens or Axebane Guardian . Vesperlark is good, but I am a bit concerned that it is not a wall. Overgrown Battlement is such a powerful ramp card, and I really want to minimize the number of creatures that are not walls to utilize it. Spellskite is included because it can counter some decks and works really well with Assault Formation , but Vesperlark only has one toughness. It does return a wall though, given that there is one in the graveyard.