(3), Tap or (Blue), Tap: Return target creature to its owner's hand unless its controller pays (1).

Crystal Shard occurrence in decks from the last year 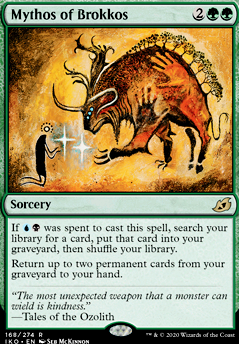 Prepare for Trouble. And Make it Double
by Freerunner19

shwanerz88 on Advertise your COMMANDER deck!

Just updated this deck a good bit. Took out some of the less ideal walls I had in there and added in some simple bounce enablers like Crystal Shard & Erratic Portal to get me some additional Arcades triggers. Let me know what you guys think.

MagicMarc on Do these two cards permanently ...

You can even stack bounce on a creature to get the same result. A long time ago, briefly in Standard, Mangara of Corondor was tournament legal along with a card you could activate to return him to your hand. So you activate his ability,exiling himself and a target creature, then respond and return him to your hand with something like Crystal Shard and when they resolve, Mangara gets returned to hand, then exiles himself and target creature. Since he's not on the battlefield when the exile resolves, nothing happens to him. But the target creature exiles for good.

That's sort of my game-plan. People don't see me as a large threat and try to take each other out. I think I can handle 2 players at a time as well. Crystal Shard seem good with all of the ETB creatures in my deck. I might give it a try. Thanks for your feedback!

I am a fan of Crystal Shard in Simic, as it provides incredible staying power. This deck looks really nice. I can imagine the engine generating lots of value. Closing a game out seems difficult though, since your deck can't really stop all 3 opponents from eventually getting on the board and you don't have a proactive gameplan. Do you plan to just stay alive and mop up the last 1 1/2 players after the dust is settled?