House of Quandrix
by spideyguy86 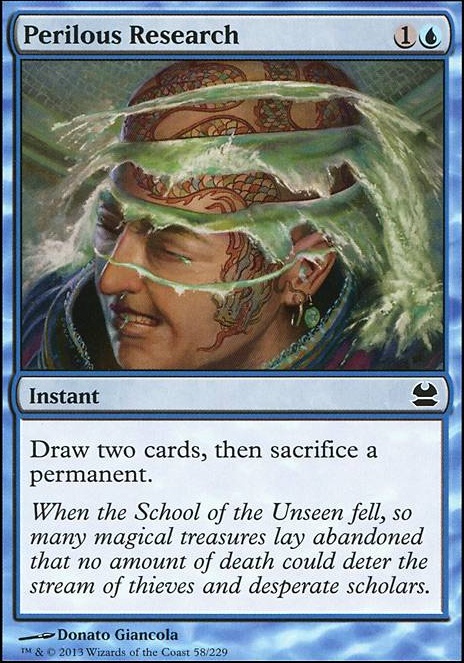 Perplexing Test might work well in your deck, it's almost a one sided wipe and instant!. It can help you deal with blockers for a big attack.

Brudiclad needs 2 things to function token-wise: Lots of tokens, and good tokens (usually token creatures). You want a lot of tokens that can then become your good tokens. Bear this in mind when making cuts and additions.

I'm seeing your proportions of your deck are a little skewed. Your land is very light...even the most competitive and low-curve decks have more mana than you're running. I would start with about 35-37 lands depending on how our final average CMC and included mana rocks look.

Remember your core strategy: you want tokens. You have so many planeswalkers (and a few other cards like It That Betrays ) that don't help that. Those are the first things I'd cut to make more useful tokens. Check out cards that allow you to 'turn' non-tokens into tokens you can use. Things like Cackling Counterpart and/or Feldon of the Third Path .

Defending yourself is also important, so more removal...counterspells, removal such as Pongify and Chaos Warp , and bounce spells such as Perplexing Test might be helpful.

Your deck needs a few more cards to boot. A commander deck has 100 cards in it, including your commander.

Final note: You cannot play Mishra, Artificer Prodigy in this deck...Bruidclad does not have black mana in it's identity.

It will also help people make suggestions for your deck if you move the list out of the Maybeboard and into the 'main' part of the deck, so we can look at mana curve, etc.

Jeremy tried this deck out last night, and it was definitely a player. I am not sure he was as aggressive as he could have been; numerous unblockable creatures and flyers were repeatedly held back (perhaps as blockers?), when he could have been chipping away at life totals all along. I wonder if he was too focused on setting things up for the commander to work, whereas the deck is designed to function quite well without it and in fact prefers other legendary creatures on the battlefield.

That said, there could be more ways to get Zareth San, the Trickster into your hand, and the deck lacks any way to fully clear the board. As a result, I think I'll toss Perplexing Test in here, swapping out one of the counterspells.