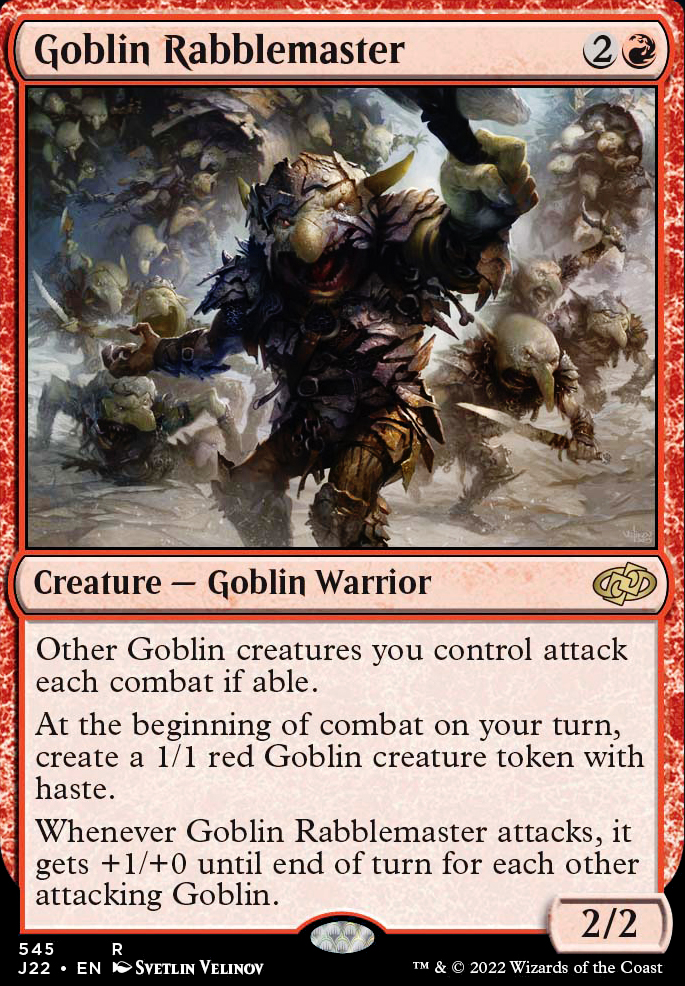 Other Goblin creatures you control attack each turn if able.

At the beginning of combat on your turn, create a 1/1 red Goblin creature token with haste.

Whenever Goblin Rabblemaster attacks, it gets +1/+0 until end of turn for each other attacking Goblin. 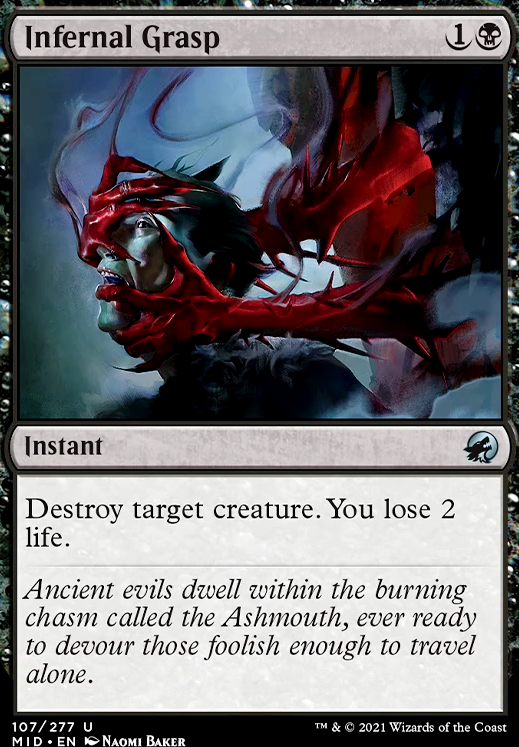 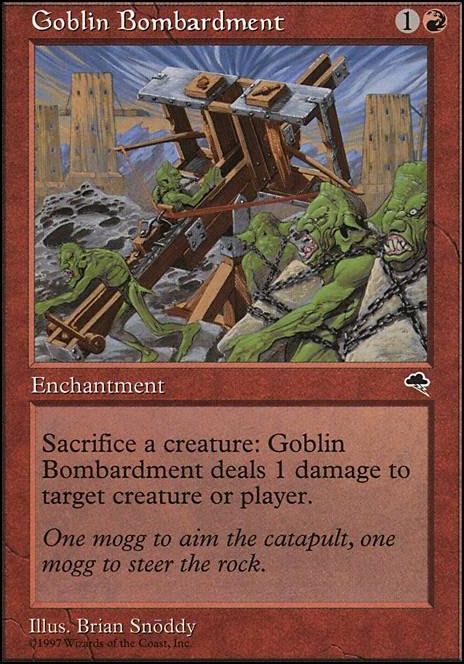 Do you have the updated list? This one still has the Embercleaves in it! I've been watching your deck for a while. I still need to get the Goblin Piledrivers and Goblin Rabblemasters before I can run it, but I am looking forward to giving it a try! I shoudl have those by Christmas. :-D

It hasn't been updated in quite a while, but I purposefully left out Goblin Rabblemaster because it didn't turn out as much damage for its mana cost to turn ratio. I do feel there are more options out there now and I may look over it again. Thank you for the comment!

I think Goblin Rabblemaster would trigger two times when he attacks too.

Black has some cheap draw spells that tend to be something like "draw two, lose 2 life". think like Read the Bones and Sign in Blood. They're one time use, but they aren't bad. Explorer's Scope isn't exactly draw, but it can help kind of deck thin and they ramp you a little. Explorer's scope will take a land off the top, put it in for you, and that at least makes your next draw less likely to be a land, which is kind of nice. It also triggers 2 times with ishin. 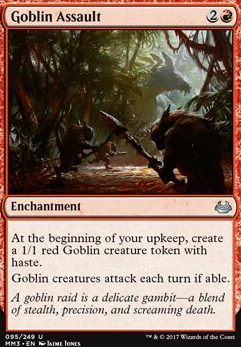 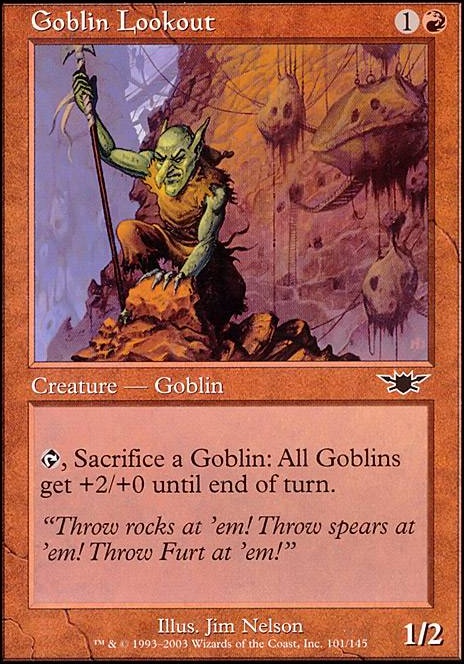 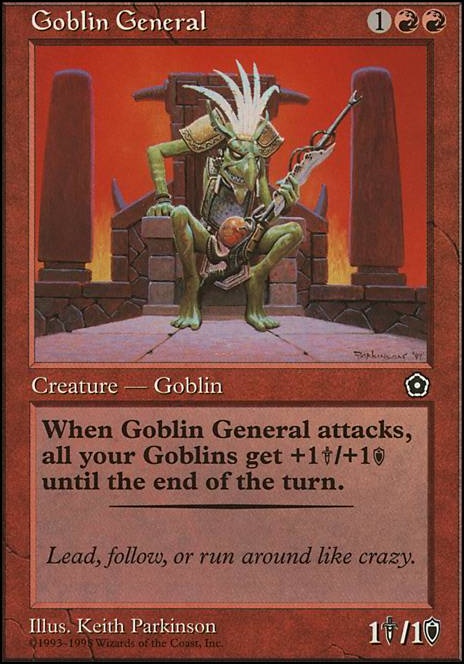 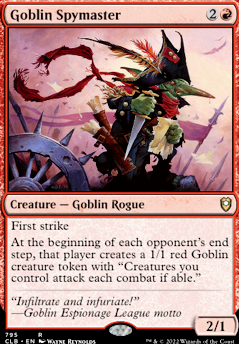 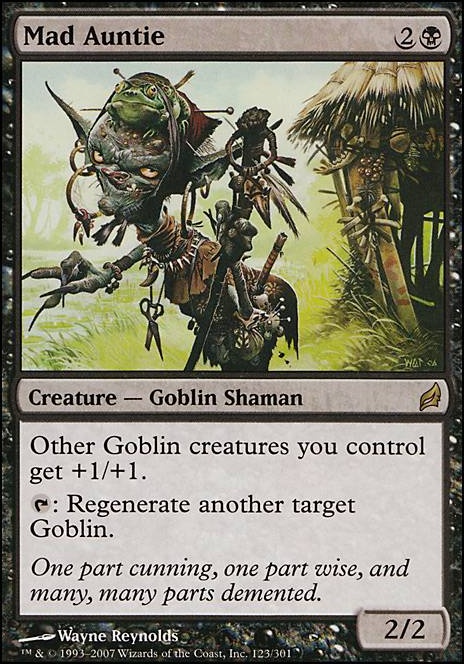 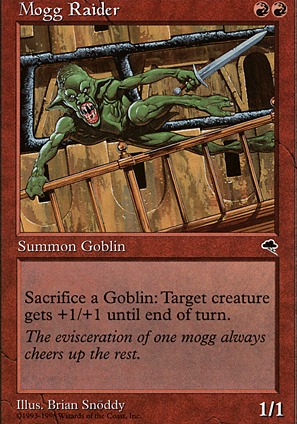 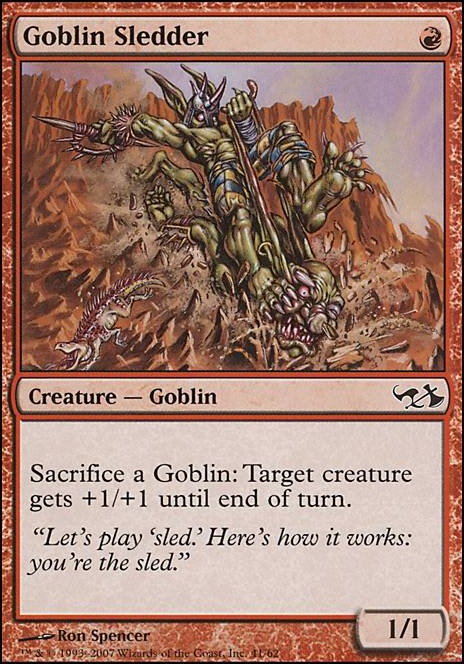 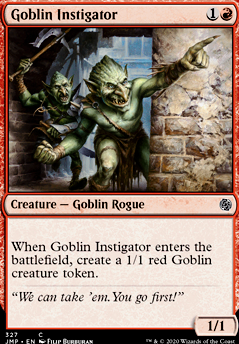 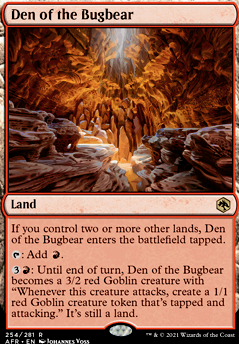 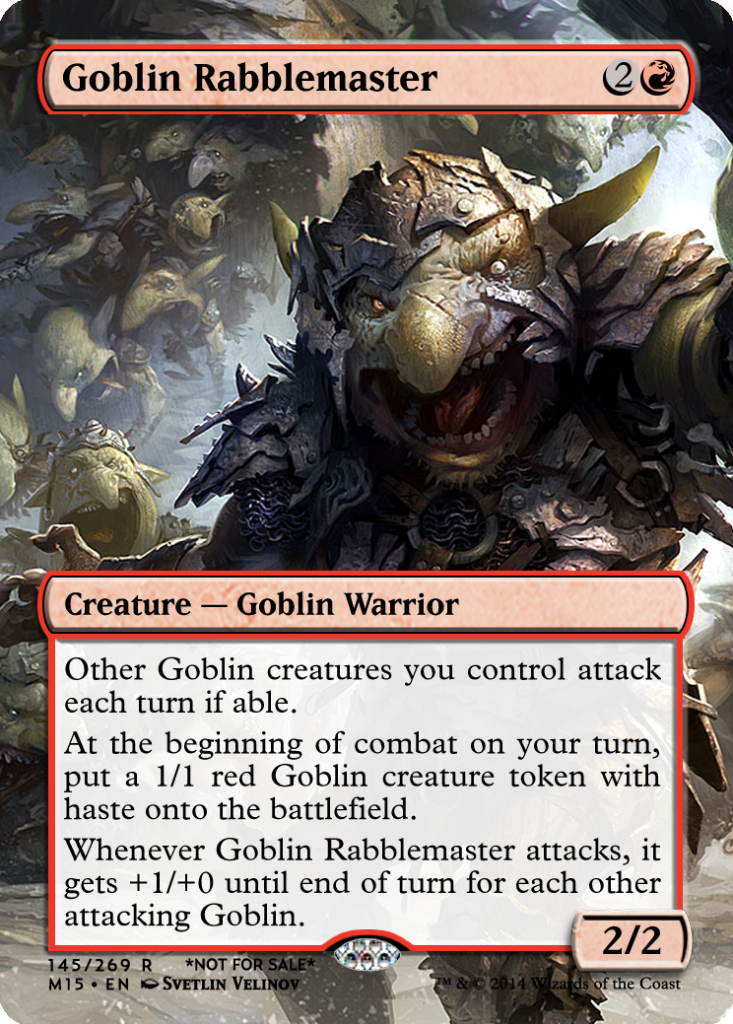 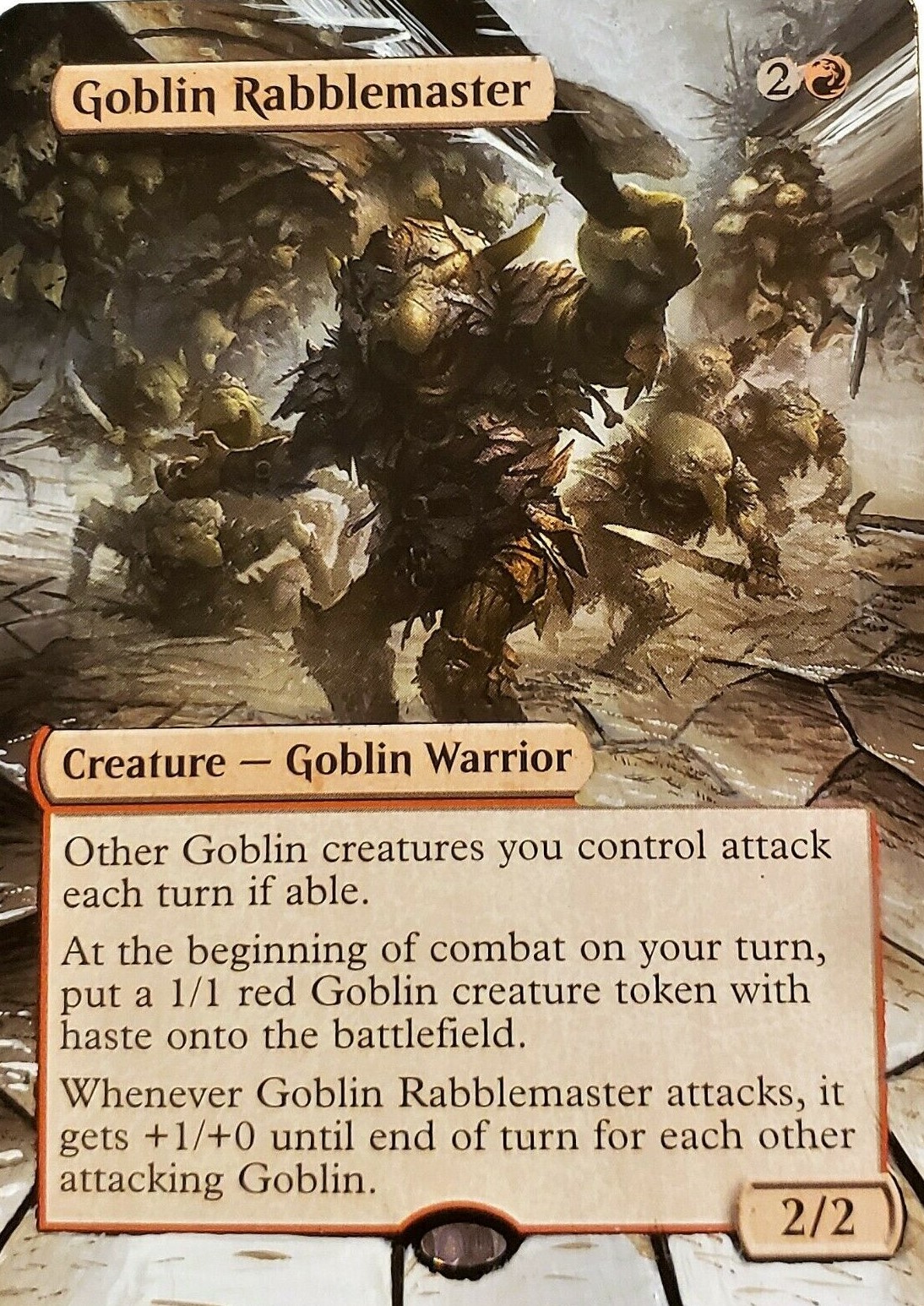 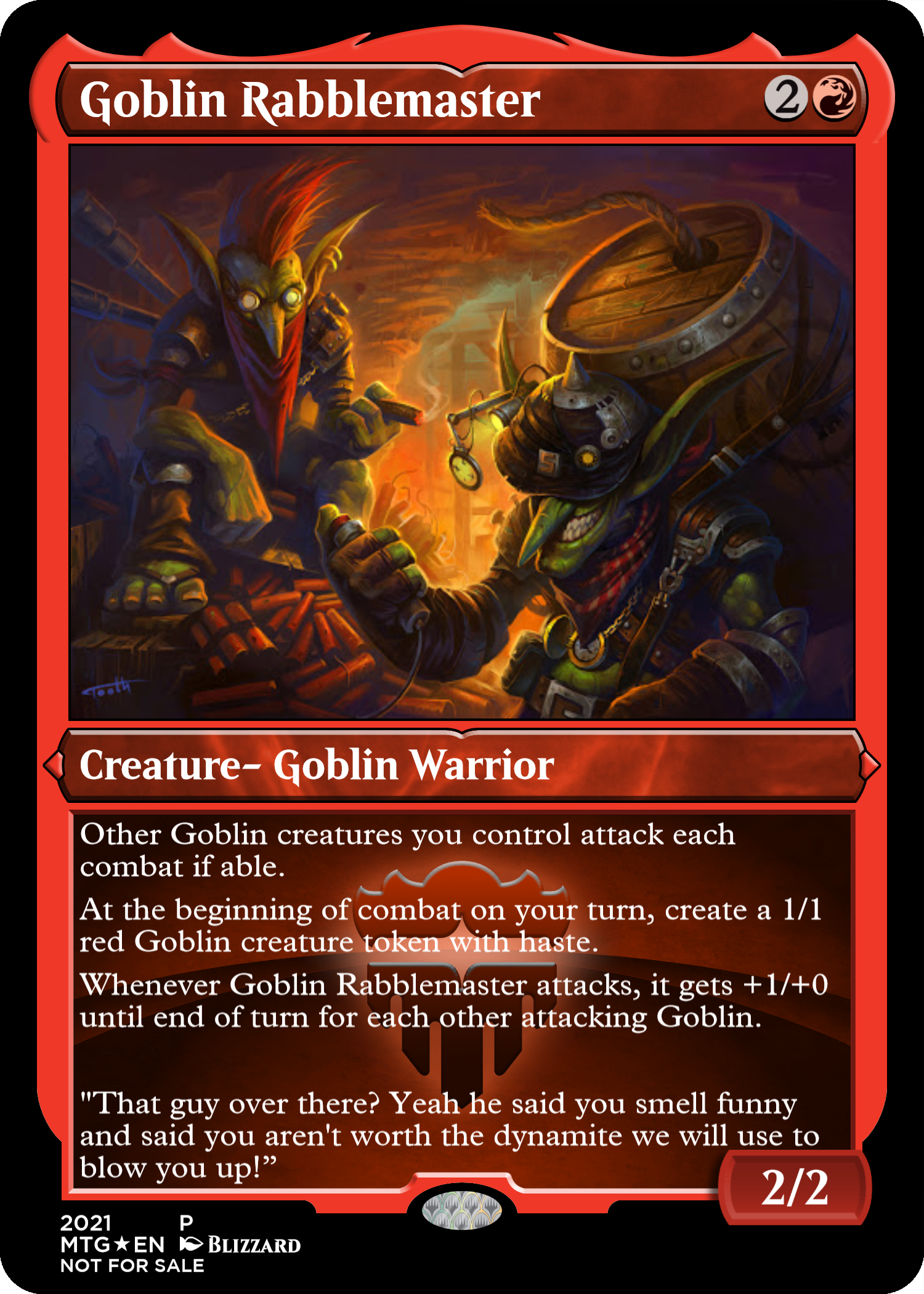