(X), Tap: Search your library for a creature card with converted mana cost X or less, reveal it, and put it into your hand. Then shuffle your library.

I also have a Celestial Kirin deck that I have come to enjoy a lot. Check it out here: Exploding Sheep Tribal

35 lands seems a bit too few, since you really want to hit land drops to be able to cast your spirits at the right time. I have 37 and still feel the pinch sometimes.

One of the best-performing cards in my deck has without a doubt been Citanul Flute. I can't recommend this card enough, since it allows you to get the right spirit for the job every time. It also fetches out Ugin's Conjurant immediately if you want.

Mirror Entity is a spirit and a powerful finisher for your deck.

Strict Proctor is something I'm trying out, as it gives the commander a lot more flexibility in whether or not you want to blow up the board and it also hoses a lot of strategies all by itself.

No Shining Shoal in your deck? This is like having a wild card that can basically be any CMC from 2 and up. Not to mention the ability totally gets people and it's hilarious.

I missed out on Skyclave Relic and will add it to my own deck. Thank you! Other ramp spells you might be interested in are Astral Cornucopia and Wayfarer's Bauble, which get around Kirin's ability nicely.

Someone suggested to me Avacyn, Angel of Hope. I tried it and have not looked back. The card just makes this deck work perfectly.

I've found that a glaring weakness of this deck is facing opposing token decks. This is why I'm playing Declaration in Stone as a good way of dealing with large threats and masses of tokens for cheap.

I used to play a token package myself, but I have moved away from it, since having indestructible and evasive spirits was usually just better. It also made more space for all sorts of other goodies.

With all your indestructible stuff, Protector of the Crown is pretty hilarious.

If you think about it, it's not an expensive tutor at all in its original form. Effectively you're paying treasure mana to cast an artifact directly from your library, whereas you'd tutor for the card with, say, Fabricate , you'd need to cast the card from hand as well.

Fabricate ing for Aetherflux Reservoir and casting it will cost you 7 mana, where using Koffs ability for the reservoir will only cost you 4 mana, making it effectively a free tutor, that makes the artifact uncounterable, but with restrictive mana payment. That sounds kind of broken.

However, if it tutors to hand, you're effectively paying double mana to find and cast any artifact in your deck, comparatively to an artifact version of Citanul Flute , which isn't a broken card at all. That even sounds a little expensive for what it does, although the flavor of literally paying gold to find anything you need is kinda cool, yet not very pirate-y at all :P

Mono-Red Mill...yes you heard me. 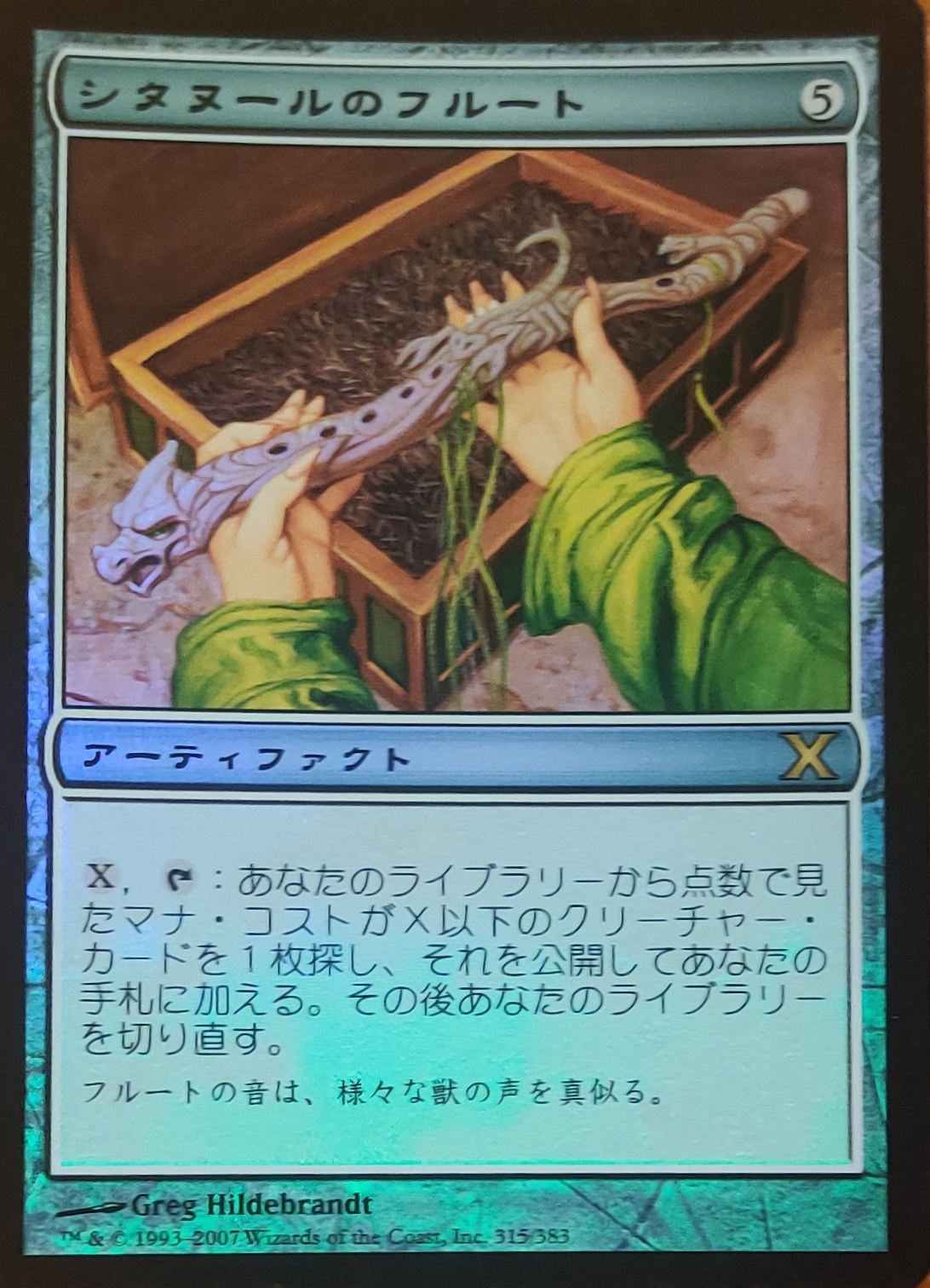 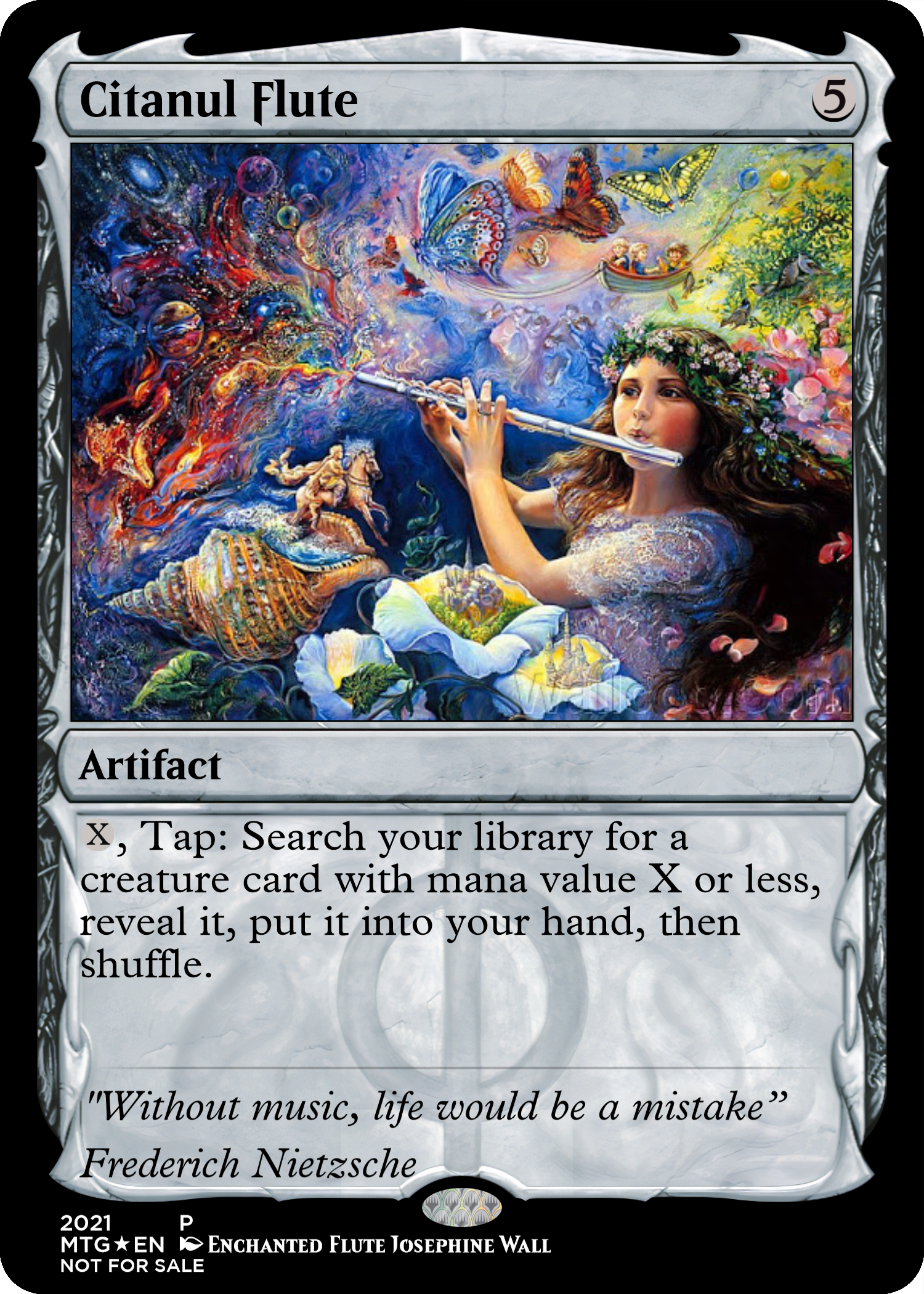